With our newly developed method, it is now also possible to measure movements in two and three dimensions. For the measurement of 2D movements, two locations are necessary and their results are combined into two-dimensional deformation vectors which can be visualizied on a digital terrain model. In the following examples, the color represents the absolute amount of the deformation, the vectors are plotted in yellow. These kind of measurements facilitate the understanding of the geological processes considerably. 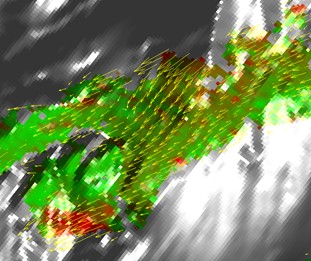 Instead of the amount of deformation, the azimuth of the motion can be visualized, as shown in the second of the following plots. 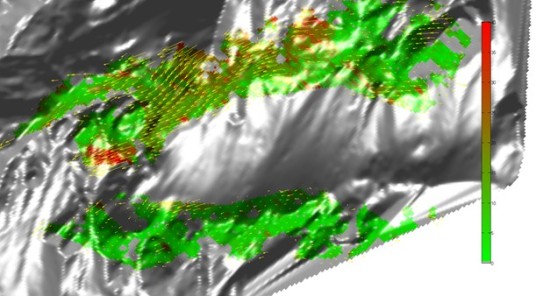 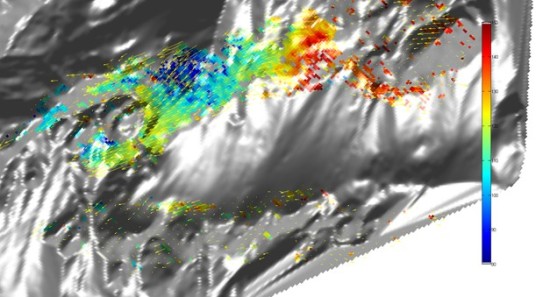 Read more about our technologies