On May 17th, 2014, a large ice avalanche detached from the Devdoraki Glacier on the north side of Mt. Kazbek (5033m), causing a large debris flow of several million cubic meters. The debris flow claimed several lives as it blocked an important road connecting Georgia and Russia. In the following months, two more debris flows were triggered by precipitation events. Some impressing footage can be found here: http://blogs.agu.org/landslideblog/2014/06/19/devdoraki-1/. Georgia’s National Environmental Agency (http://nea.gov.ge/) has asked us and geologists from Geotest to evaluate the situation on site and make suggestions for implementing a warning- and alarm system. 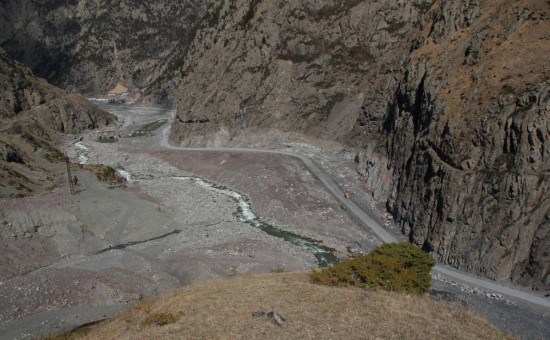 The debris flow deposit area is in the main valley where the connecting road and a power plant lie. 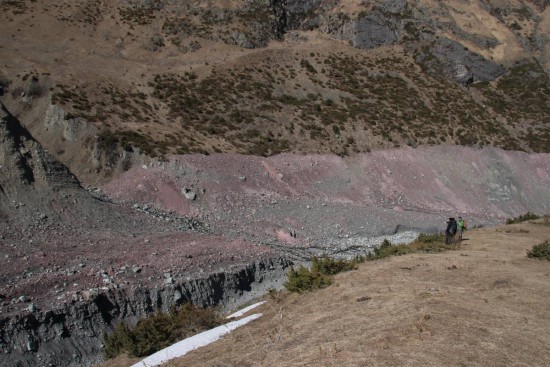 The channel is very large, and placing sensors in the right positions is a tricky task. 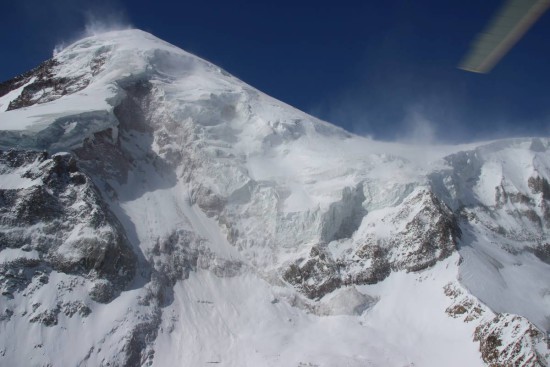 View into the detachment area of the ice avalanche. 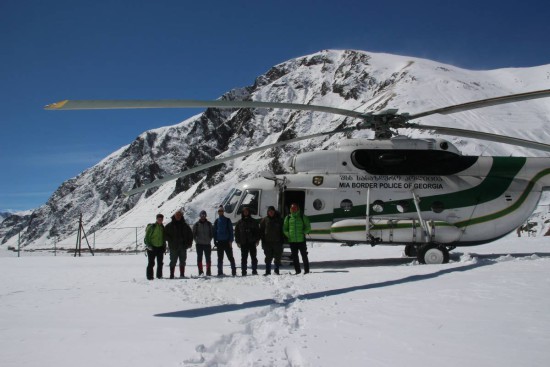 Group photo after our surveillance flight with a MI-8. 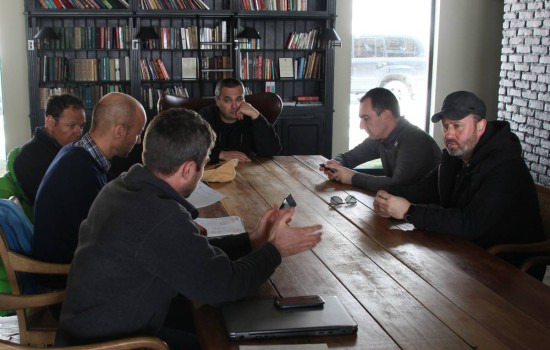