Geopraevent monitors the glacier since beginning of 2016. An interferometric radar detects the smallest movements of the glacier and sends the data to the Geopraevent online portal. There the movements are shown in an interactive chart as well as on a radar image. In addition, 2 cameras provide valuable images. Thanks to the monitoring system the increased movements were detected early and therefore the ice avalanches could be predicted. Local authorities had enough time to take appropriate safety measures.

Additionally an avalanche radar was installed on-site. This radar detects the event itself and acts as alarm system. In case of an event it automatically triggers safety measures within seconds. Predefined actions such as stoping the train, alerting construction workers and persons in charge are critical in case of a massive break-off.

Please read here more about the project itself.

Electronic monitoring and alarm systems are not only used for glaciers. They provide reliable and early detection as well as alerting for rockfall, snow avalanches, debris flows and floods. Please read more about those projects here. 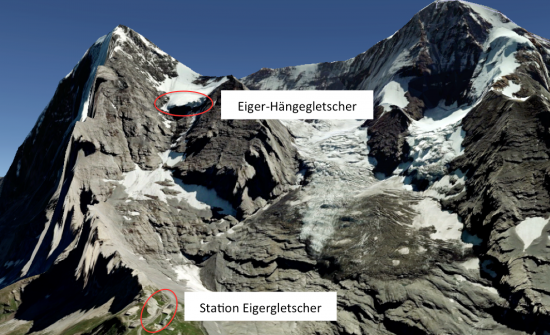 The hanging glacier on the west face of the Eiger lies about 1’000 meters above the Eigergletscher railway station. 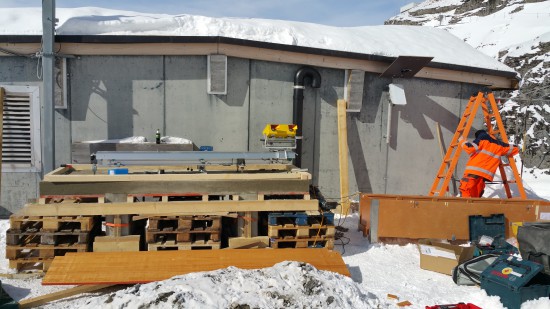 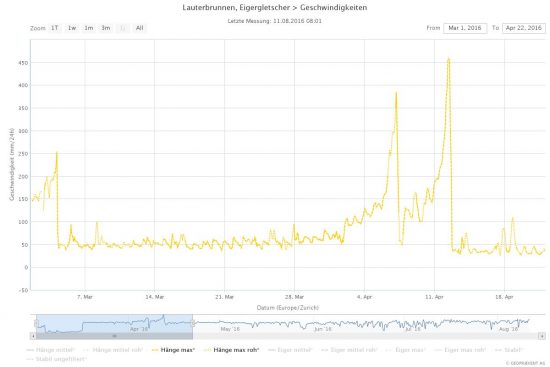 The flow velocity data are always available on the online data portal. The data helps glaciologists to predict the ice avalanches.