On Tuesday night, 2 July 2019, a large, unstable section in the northern slope of Trift Glacier at Weissmies, Switzerland, broke off. Several days before, the image analysis of our deformation camera showed a significant acceleration of the affected area and indicated an imminent collapse. As a result, the local Safety Authority temporarily closed exposed hiking trails and ascent routes to Weissmies summit on Saturday, 29 June 2019. A large portion of the unstable ice masses, estimated at around 150,000 m³, broke off during Tuesday night and stopped on the lower glacier. After a reassessment of the situation, the closures were lifted on Tuesday morning. 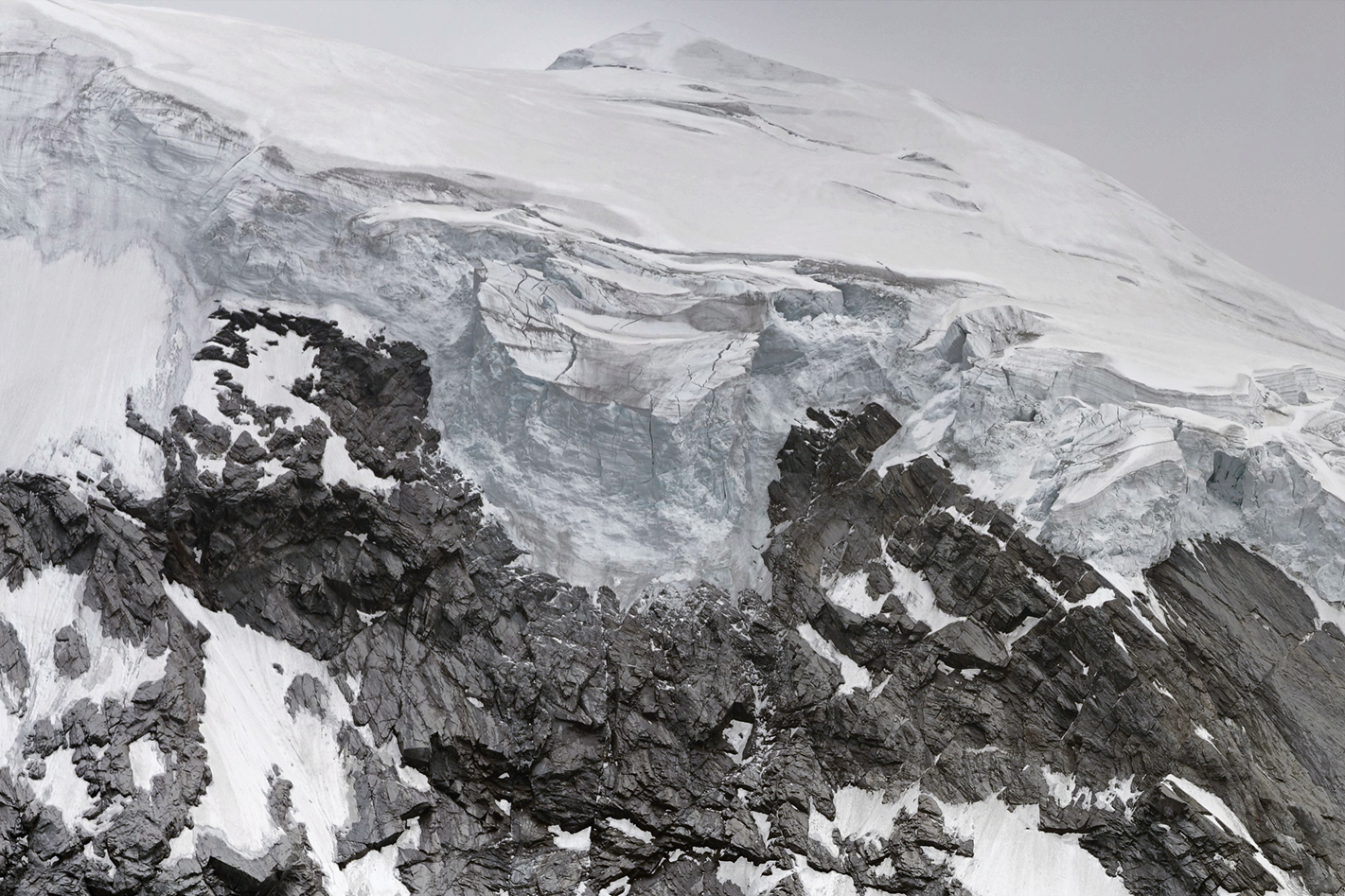 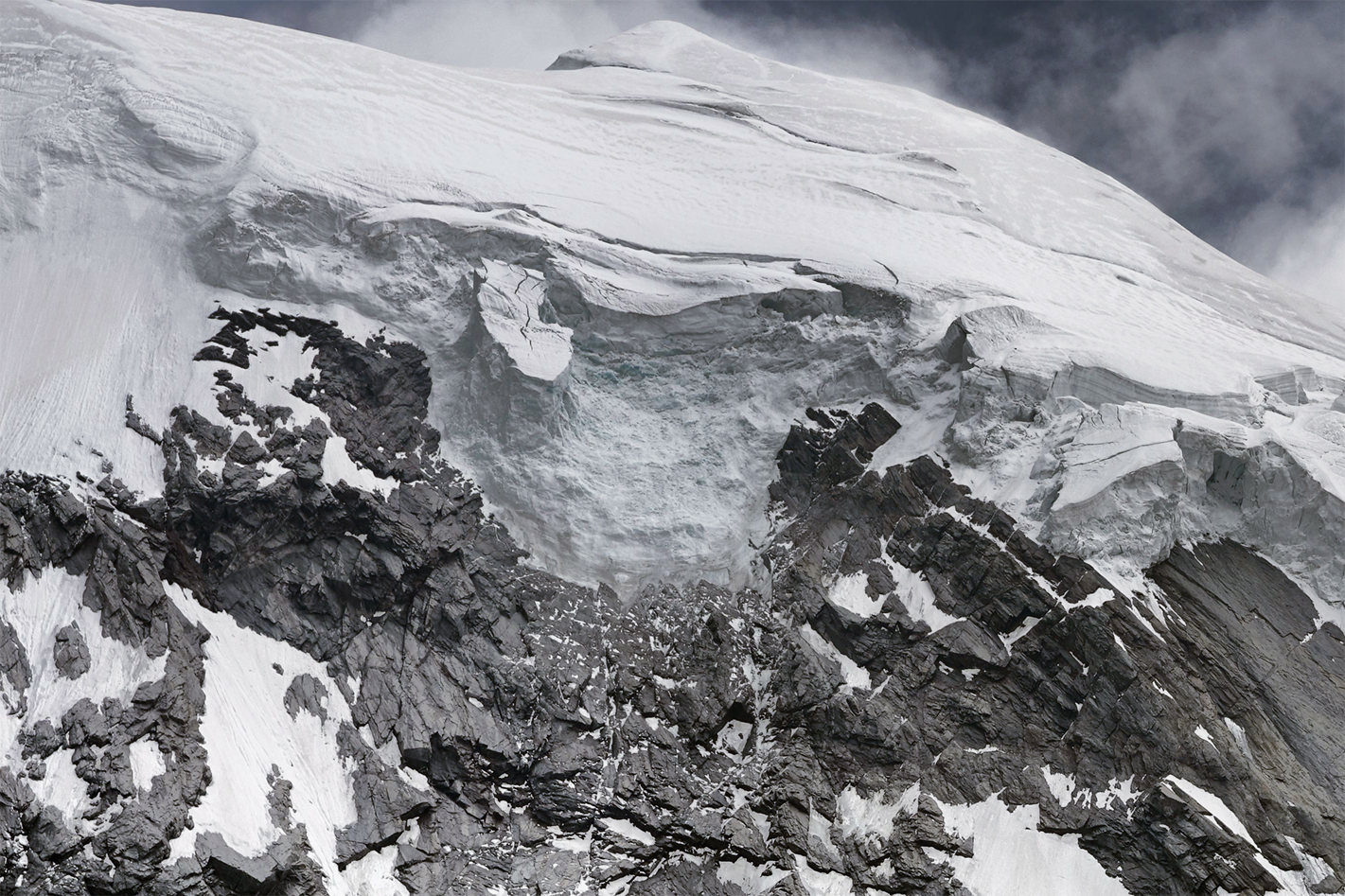 The video below shows the relevant image section of the deformation analysis from 22 June to 1 July 2019. The colour indicates the speed and the arrows the direction of the movement. Green areas are stable, grey areas could not be evaluated. A color scale is shown below the video. Deformation analysis is based on automatically comparing individual image frames of two high-resolution images. If the surface changes drastically over the evaluation period (here one day), the correlation is lost and no evaluation is possible. The snowmelt in early summer is thus a challenging period for optical deformation analysis. On one hand the deformation camera perceives snow melt as movement, on the other hand snow melt can strongly change the surface and make an evaluation of some areas impossible.

Geopraevent has been monitoring the Trift Glacier in collaboration with Geoformer since 2014. Initially, a georadar was used for permanent monitoring, but when the movements slowed down, we looked for an alternative method for long-term monitoring. Therefore, we developed the deformation analysis based on high-resolution camera images. After a test phase with parallel georadar measurements, the deformation camera took over monitoring of the glacier in spring 2017. When the image analysis indicated a significant acceleration of a large unstable glacier area in September 2017 and a bad weather phase was forecasted, we re-installed the georadar at short notice. Thanks to the radar measurements, we were able to reliably determine the speed of the ice masses even in bad weather and at night and predict the collapse with an accuracy of just a few hours. At that time, a total of around 500,000 m³ broke off in several smaller ice avalanches and stopped on the glacier below. No damage occurred.

More information can be found in the reference project.