After large snowfalls, authorities often rely on artificial avalanche triggering to ensure the safety of transportation routes and ski runs. Avalanche towers and blasting cableways offer distinct advantages: remote control triggering allows avalanche blasting to take place at any time of day or night as well as in bad weather. This way, avalanches can be triggered before large amounts of snow accumulate in the release area. But local authorities often face difficulties verifying the effects of the remote triggering. Did an avalanche actually detach, and how large was it? At night or in bad weather, visual control is often impossible, especially since avalanches are not intended to reach the valley bottom or the ski run. We have teamed up with our partners at Wyssen Avalanche Control, Alpug GmbH, and the offices for civil engineering and forest and natural hazards of the canton of Grisons, to test an avalanche detection system. Several artificial avalanche release systems are installed around the Piz Chapisun in the Lower Engadin Valley. In the vicinity, a range of different systems are in place to monitor events: Three geophones detect the avalanche releases. Additionally, a radar system with two antennas continuously monitors the avalanche path further down. At the valley bottom, infrasound sensors, installed by the WSL Institute for Snow and Avalanche Research SLF, measure the low frequency sound waves emitted by the avalanches. The artificial releases and all the systems measurements are subsequently displayed on an information platform accessible to everyone involved.

Online-visualization of the basting events and the related detections. The list on the left lets the user select artificial releases and detection events, showing where the resulting avalanche was detected in the terrain, and which instrument detected it. 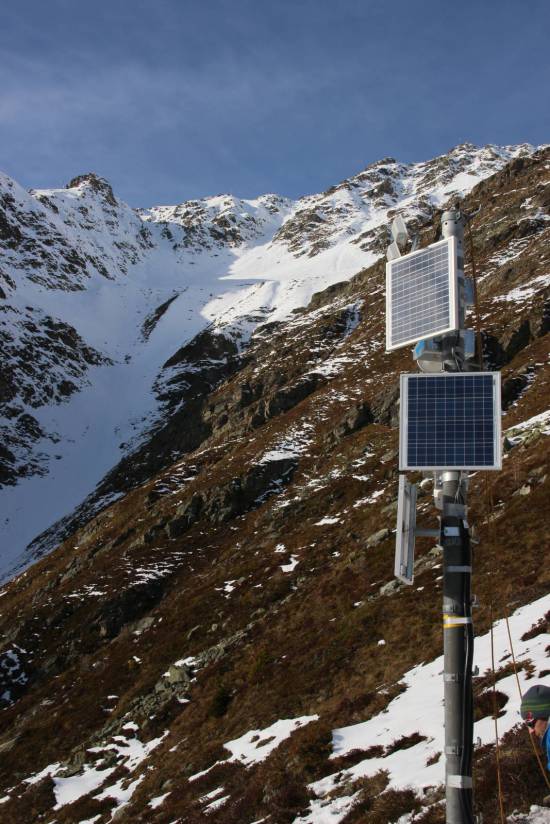 The solar powered systems are installed at about 2300 ma.s.l., from where both radar and webcam systems have a clear view of the release area and the main avalanche path. 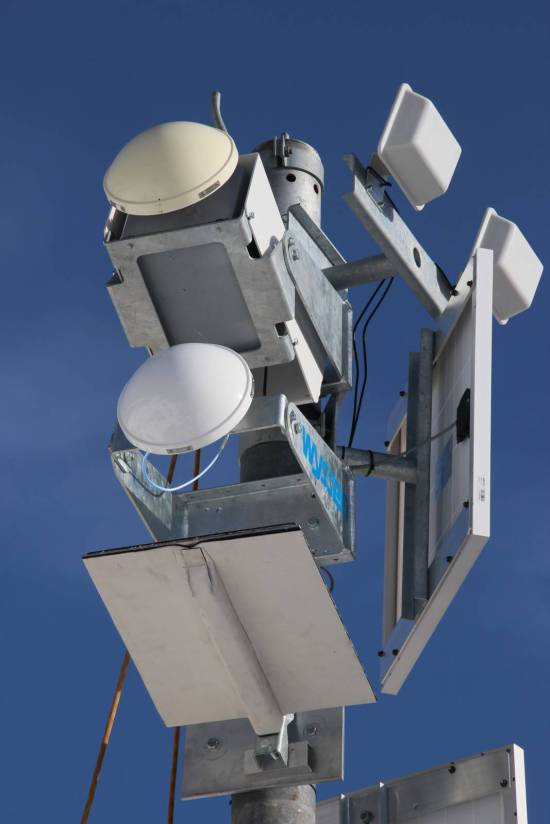 The radar systems can detect the avalanches in the release area and also distinguish the runout distances of the events.