The article published in the journal Cold Regions Science and Technology describes the avalanche and glaciological situation at the hanging glacier on the Eiger west face in the Swiss Alps, the gateway to a major tourist destinations named Jungfraujoch. The historic Jungfrau Railway runs within a tunnel through the famous Eiger North face and to the highest railway station of Europe. Before entering into the tunnel, the train stops at the station Eigergletscher (Eiger glacier) where skiers can also depart onto the slopes of the Jungfrau ski area. The railway station and ski runs are exposed and ice avalanches originating from the hanging glacier atop endanger the area, particularly if the they entrain snow on the flow path and trigger secondary snow avalanches (Figure 1 below).

In autumn 2015, a crevasse formed just behind the glacier front indicating that a major icefall with maximum ice volume of 80’000 m³ could be imminent. The research team headed by Stefan Margreth of the WSL Institute for Snow and Avalanche Research SLF consequently conducted a comprehensive hazard analysis with avalanche dynamics calculations of four different icefall scenarios and presents the developed and applied safety concept, including the installed monitoring and alarm system by Geopraevent. 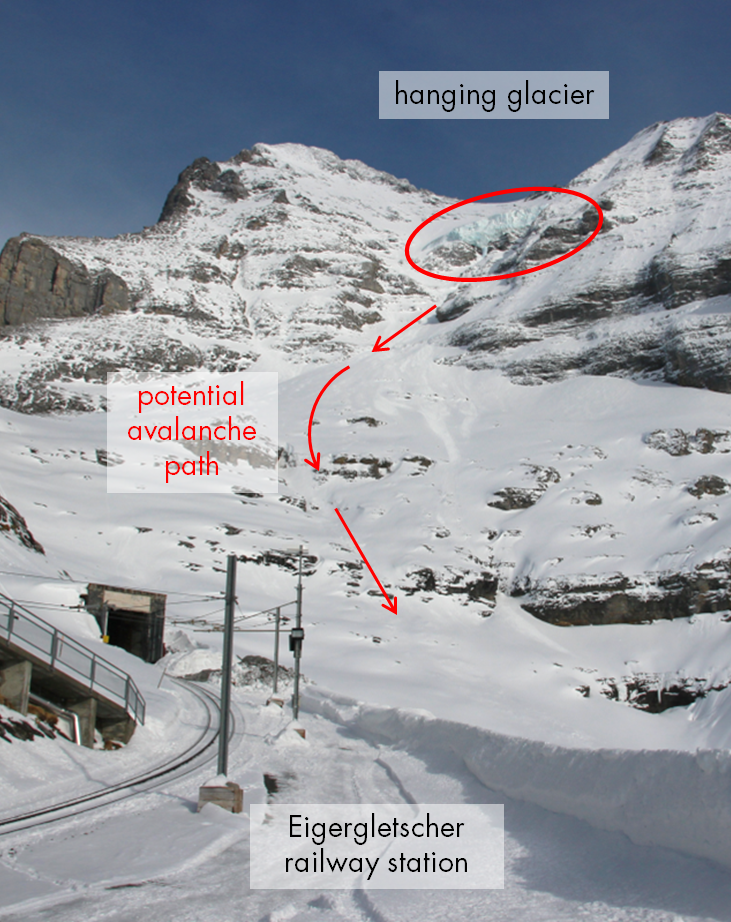 Figure 1: Overview of the area with the Eiger hanging glacier, the railway station in front of the tunnel and a possible ice avalanche track. 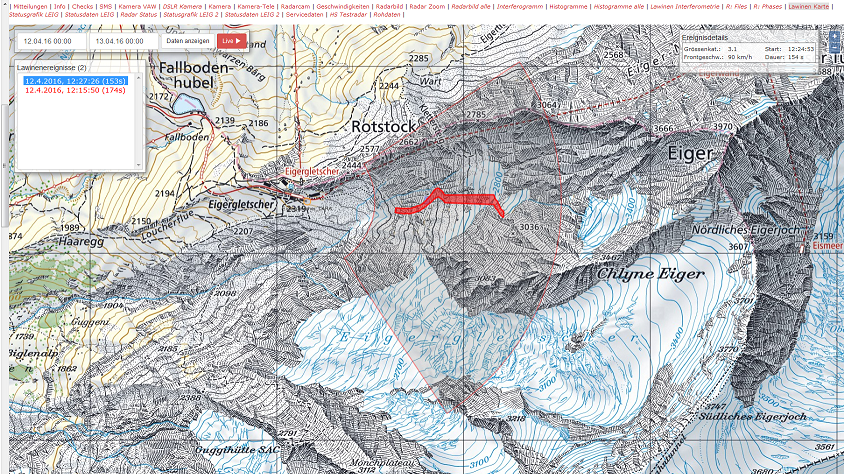 Figure 2: In winter 2016, three icefalls occurred that were correctly predicted by analyzing velocity time series recorded by the interferometric radar. The icefalls were small in size and did therefore not trigger the alarm and activate a closure plan.

The evaluation of these scenarios led to the development of closure plans and an associated safety concept consisting of an early warning as well as an alarm system. Consequently, Geopraevent installed a combined system for monitoring by Gb-InSAR (interferometric radar) and for alarming by Doppler radar (avalanche radar). Whereas the monitoring system observes precursors of an event, such as velocity accelerations of the glacier, it is the Doppler radar that detects the ice avalanche itself in real time. The latter allows to take short-time safety measures, e.g. to move people and trains to safety within 35 – 45 seconds. All generated data, including avalanche characteristics and tracks, are illustrated in the our online data portal with 24h access for authorized users. Please see here or in the published article for details of the installed system.

Video: The avalanche radar also detected a large number of “general” snow avalanches in the west face of the Eiger. This video shows a time period of 4 hours in late afternoon of April 19, 2016. All avalanches were correctly detected and illustrated on the online area map.