The third winter of avalanche radar operation for avalanche detection in Zermatt was an extraordinary one with record-breaking snowfalls and extreme avalanche situations. The two avalanche radars counted a total of 244 avalanches in the Lüegetli and Schusslobina avalanche tracks above the road from Täsch to Zermatt. After early snow in November, the first avalanche released on 10 December 2017 and the last one almost 6 months later, on 8 May 2018.

The avalanche radar with combined alarm system for road sections at risk worked non-stop due to the enormous snowfall. Despite power failures in Zermatt, the radar always ran smoothly thanks to redundant power supply. These statistics provide an overview of successful avalanche radar operation in Zermatt and emphasize the benefits of radar technology in natural hazard monitoring. 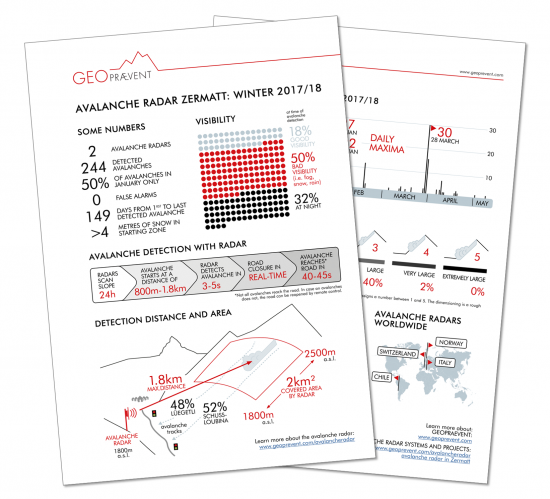 Several cameras are located at the road sections at risk and provide a remote insight into the danger zone. These cameras automatically record events once the radar detected the avalanche. Visibility at these locations is usually sufficient even in bad weather because of the short distances to the avalanches (e.g. large avalanche filmed with camera 4). 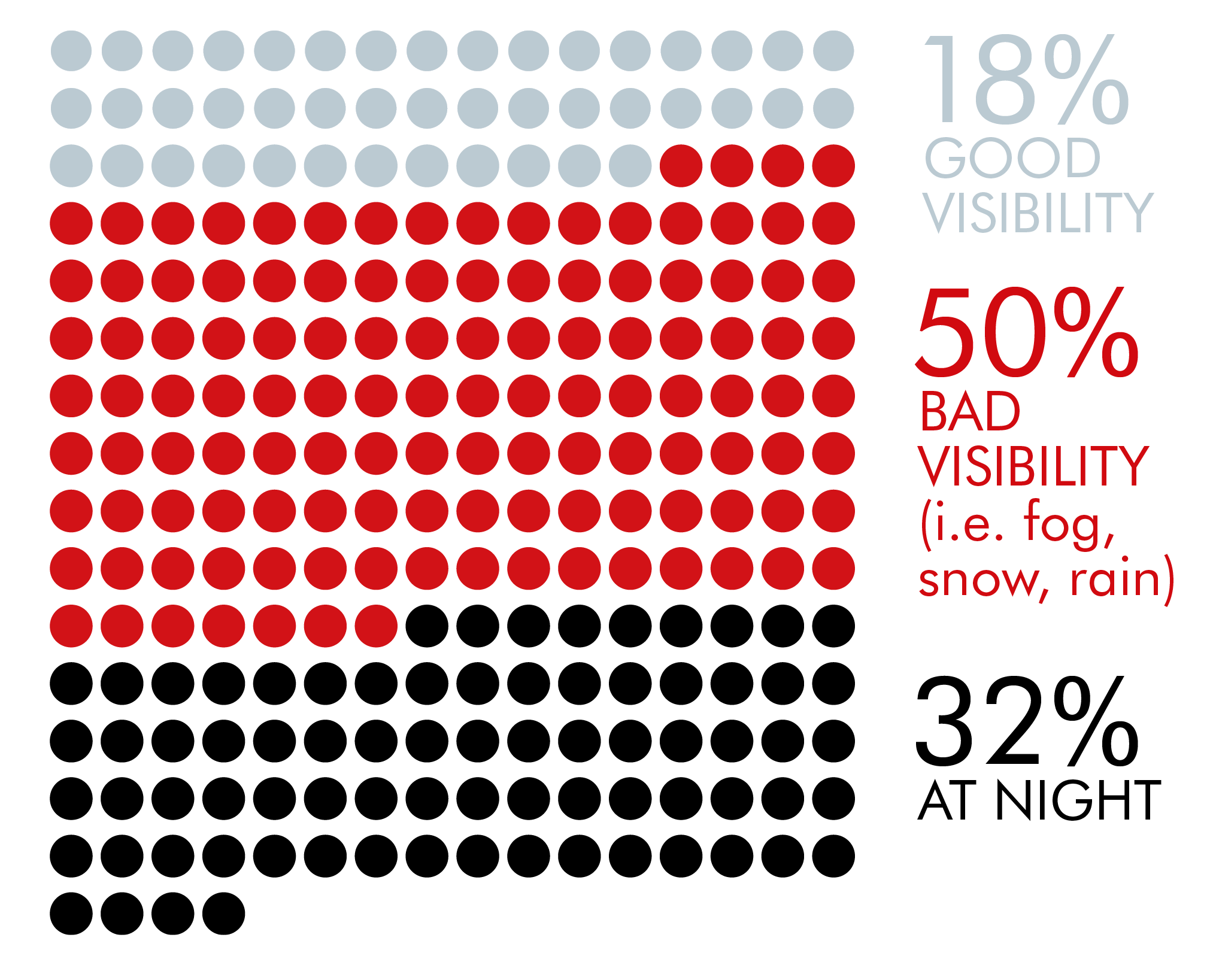 The maximum distance from radar to avalanche at detection was 1.8 km (1.1 mi). However, our avalanche radar is able to detect avalanches at a distance of more than 5 km (3 mi). The topography in the Zermatt case does not require maximum range though. The radar position Ried and the horizontal antenna opening angle of 90° allow to cover an area of more than 2 km² (500 ac) and simultaneous monitoring of both avalanche paths, Lüegetli and Schusslobina. Once detected, the radar tracks the avalanche until it comes to a halt or disappears from the radar’s field of view. The location evaluation of the avalanche paths showed that the avalanches detected in winter 2017/18 were distributed fairly evenly between the two avalanche paths (48% Lüegetli, 52% Schusslobina). 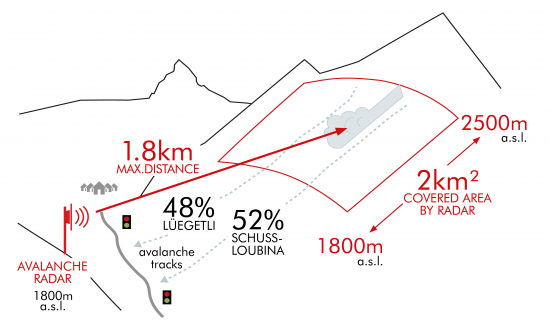 Warm and rainy January brought large quantities of new snow in high altitudes throughout the Alps (and especially in Valais). The long-term snow measuring station Zermatt even recorded the highest new snow total since beginning of measurements more than 70 years ago (SLF Winterflash 2017/18, in German). Half of all detected avalanches occurred in January, while February and March were relatively calm. Shortly before Easter, avalanche activity increased again with due to fresh snow and with 30 avalanches on 28 March 2018, the avalanche radar recorded the largest number of avalanches in one day.  Although, the two radars together recorded a higher number of avalanches per day, as larger avalanches are detected by both radars. These statistics have been corrected for double counting.

The avalanche duration corresponds to the period from detection to standstill of the avalanche or until the avalanche has disappeared from the radar’s field of view. More than half of the detected avalanches lasted less than 60 seconds and over 80% lasted less than 3 minutes. The longest avalanche was measured on 4 January 2018 with a duration of 5 minutes 46 seconds. The first few minutes of this avalanche can be seen in this impressive video.