This year, we extended our glacier lake monitoring system on the Plaine Morte with four autonomous camera stations and an additional pressure probe. The rapid discharge of Lake Faverges in Juli 2018 led to severe floods in the valley floor and damaged several buildings. In order to avoid similar events in the future, various measures were discussed subsequently. In spring 2019, works started on a drainage channel in the glacier ice, which will serve as an overflow for Lake Faverges once it has reached a critical volume. To monitor the events around the drainage channel, we installed four (partly mobile) autonomous camera stations and an additional pressure probe to measure the lake level on the other side of the lake alongside the long-term summer stations “Faverges” and “Trüebbach”.

The drainage channel was completed at the end of June. About two weeks later Lake Faverges reached the overflow level and has since been draining. The meltwater now flows into the drainage channel while the lake level slowly decreases. The video tot he left shows the time-lapse recording of the Faverges 1 camera station at the southeast end of the Plaine Morte Glacier. 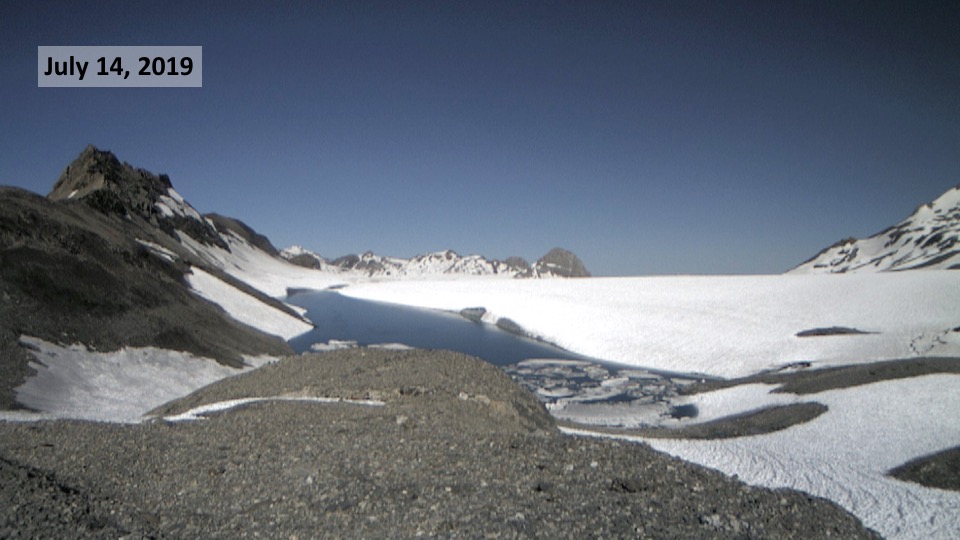 Unlike previous years, Lake Faverges peaked this summer in mid-July. The pictures to the left show the maximum lake size in summer 2019 and 2018. Thanks to the overflow system, the volume of the lake remained comparatively small: since the start of measurements in 2012, the maximum volume has never been as small as in 2019, which is clearly visible in the camera images and the gauge measurements. 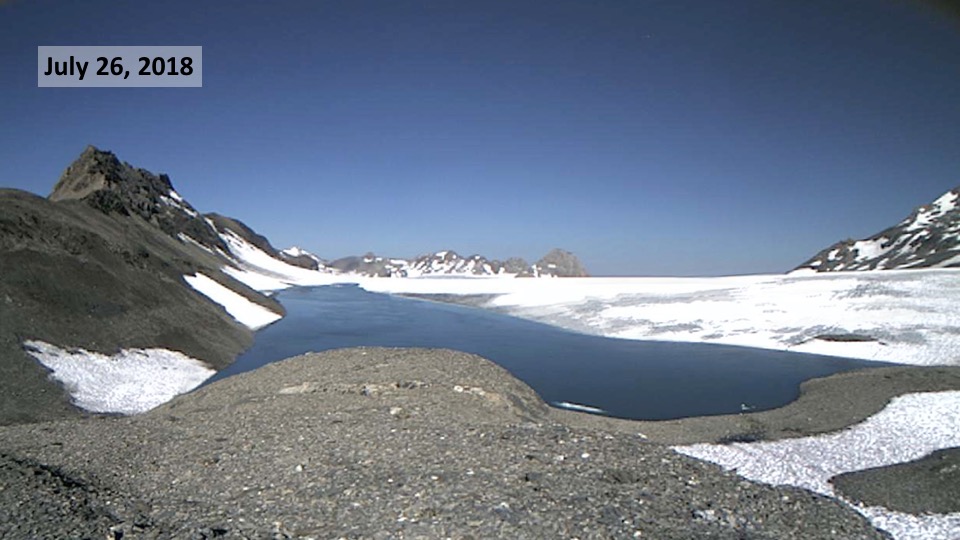 Two independent pressure probes mounted on the bottom of the lake measure the water pressure and determine the lake level. The glacier stations on the Plaine Morte are seasonal installations. We mount them in spring and dismantle them in autumn. Since the underground changes over time, it is not possible to install the pressure probe at the same location next spring again. Hence, the absolute level values of different years are not directly comparable.

The municipality of Lenk displays the current webcam image of the Faverges 1 station on www.gletschersee-lenk.ch.

Comprehensive monitoring of the ice channel

In addition to the previous stations Faverges 1 and the gauge radar at the runoff “Trüebbach”, we installed a PTZ-camera station on the mountain ridge “Les Faverges” at the southern end of the Plaine Morte. PTZ stands for Pan-Tilt-Zoom and describes the remote controlled functions of this camera type. The PTZ-camera moves to predefined positions several times a day, automatically takes pictures and transmits them to the Geoprevent online data portal. Three mobile camera stations were further installed right next to the ice channel and provides an insight into the situation on site. All stations are energy-autonomous and run on solar cells. In order to operate the systems as energy-efficiently as possible, certain components are switched off when not in use. The PTZ camera, for example, switches on automatically every two hours, takes several pictures and switches itself off automatically after the data has been transmitted. 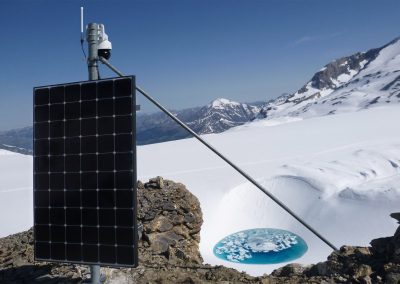 PTZ camera station on the mountain ridge with the glacier mill “Moulin” in the background. 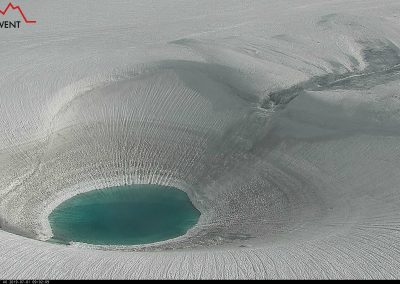 Moulin with the discharge channel on the right. 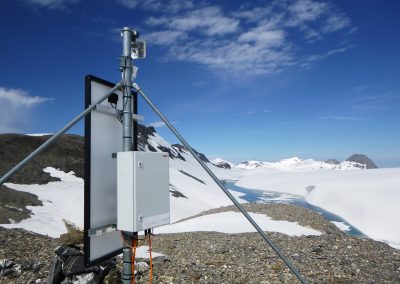 Faverges 1 camera station on the southeast edge of the Plaine Morte glacier. 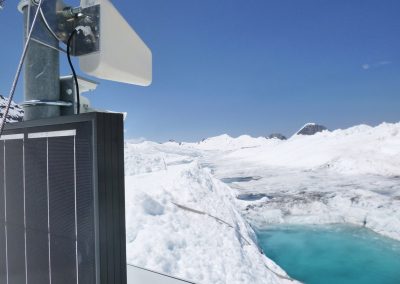 Mobile camera station on the other side of the lake at the overflow. 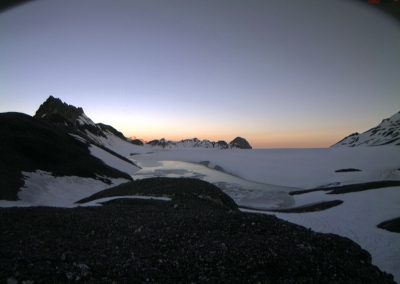 Evening atmosphere in July on the Plaine Morte Glacier. 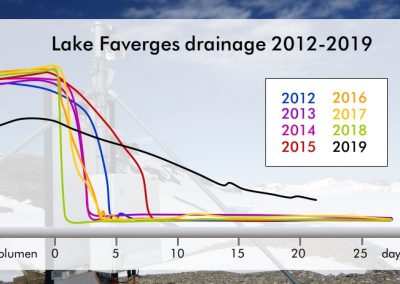 Comparison of the discharge phases for 2012-2019: Lake Faverges has been draining significantly more slowly this summer compared to previous years.

The glacial lake Faverges on the Plateau-Glacier Plaine Morte fills up with meltwater every summer and occasionally empties over the Trüebbach to the North of the High Plateau and in direction of Lenk Village.  Since 2012, Geopraevent has been operating an alarm system that immediately alerts in the valley if the lake level drops significantly or if the river level rises rapidly.