The Plaine Morte is a glacier plateau at the mountain Wildstrubel in the Bernese Alps, Switzerland. The flat glacier drains mainly towards the north over the river Trüebbach and through the touristic village of Lenk. Several glacial lakes are formed every year in the same places: the Faverges, Vatseret and Strubel lakes. During spring and the summer months, the snow melts rapidly which fills up the lakes. Lake levels rise quickly and the lakes can reach an alarming size. Eventually, the lakes drain through a subglacial system which is still not fully understood. Lake drainage can occurr rapidly with a flood-like discharge or the lake drains over several days at elevated water levels of the river Trüebbach.  In 2011, a major glacial lake outburst flood occurred. Subsequently, it was decided to monitor the lakes and the discharge river, Trüebbach, during the summer months.

In order to warn the community in the event of a significant drop in water levels and an associated flood wave, we installed four monitoring stations for community of Lenk in 2012: three lake stations including webcams to measure lake levels and a river station to measure discharge rates of Trüebbach. We apply pressure probes to measure the water level of the lakes from underneath and radar gauges mounted across the river to measure its level. The station’s webcams record lake images several times a day and transmit the images and level data continuously to the Geoprevent online data portal. Authorized users can observe the lake status remotely anytime via online data portal. The exceeding of a certain sink rate or discharge level triggers the alarm and immediately informs the municipality as well as the responsible person at the canton of Berne.

Since 2018, only Lake Faverge and Trüebbach are being monitored. The other lakes (Vatseret and Strubel) are much smaller and currently form irregularly. Currently, they are not regarded as problematic and do not require monitoring any more.

In July 2018, the lake Faverges suddenly emptied itself, causing flooding and inundation at the bottom of the valley with damage to buildings. The monitoring system was supplemented due to this event. In addition to the previous stations “Faverges” and “Trüebbach”, four more autonomous camera stations and an additional pressure probe were installed. As a structural measure in the broadest sense, an artificial drainage channel was built in the glacier ice. Detailed information as well as pictures and impressive videos can be found in our news article. 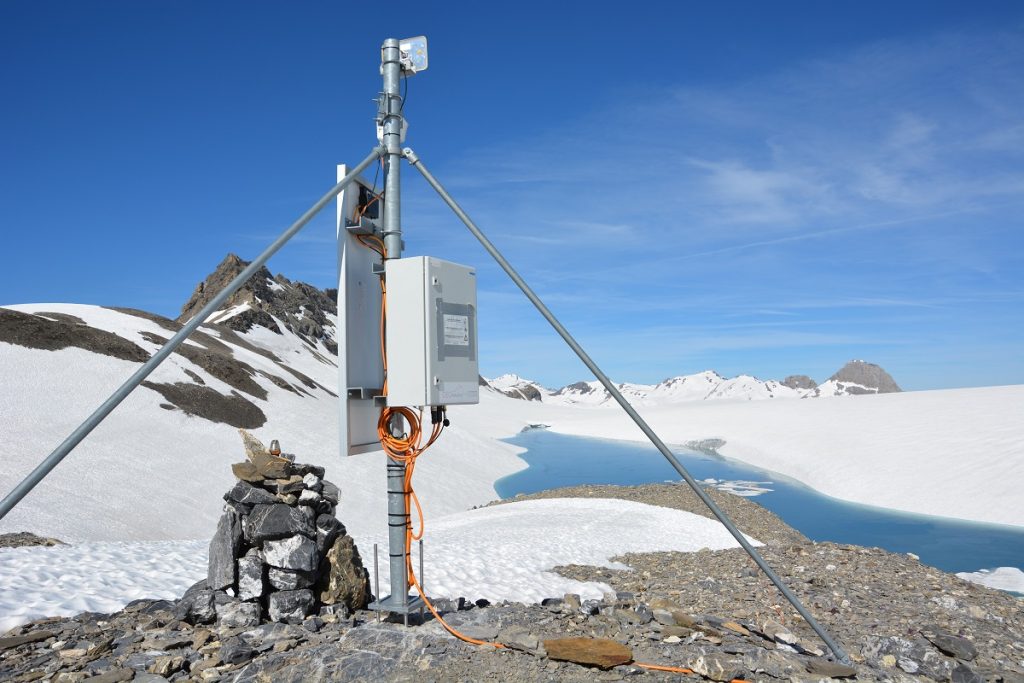 The municipality of Lenk displays the current webcam image of the glacier lake Faverges on www.gletschersee-lenk.ch.

Time lapse images of Faverge lake 2014: The lake drains completely within three days without causing a flood wave at Trüebbach. 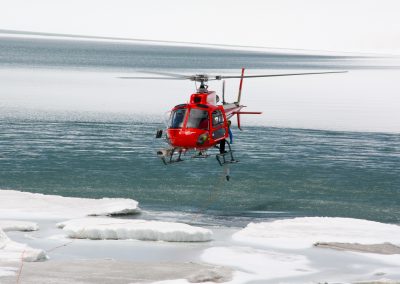 Installation of pressure probes by helicopter. 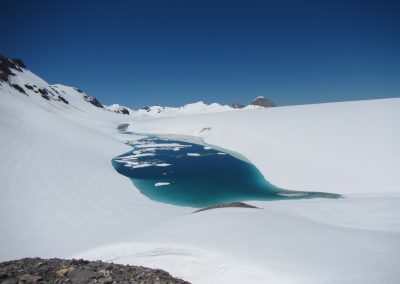 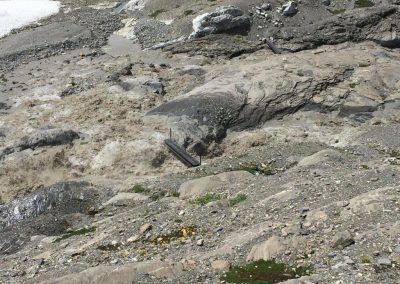 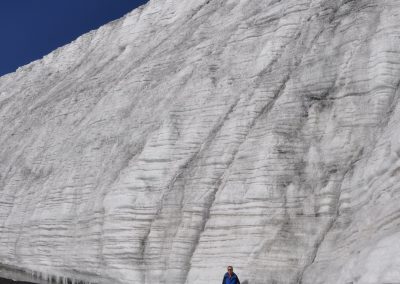 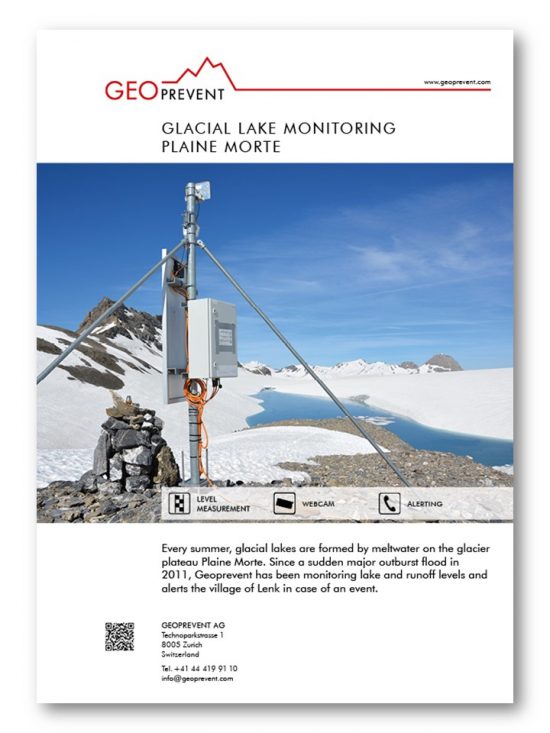