Seven thousand kilometres long and connecting Canada’s east and west coasts, the Trans-Canada Highway (TCH) is one of Canada’s most important transportation routes. Between Calgary and Vancouver the highway runs through Glacier National Park in the Selkirk Mountains, one of the snowiest regions on the planet. Flanked by steep slopes, the highway lies in prime avalanche terrain that is a constant challenge for road authorities. Around Rogers Pass, one of the highest points on the TCH (1,330 m.a.s.l), more than 140 avalanche chutes threaten the highway. As part of the world’s largest Avalanche Control Program, Parks Canada and Canada’s armed forces regularly trigger avalanches artificially, to ensure the safe passage of travellers on the highway. Regularly releasing smaller avalanches reduces the risk of large avalanches that can impact the road, but nevertheless always requires the road to be closed. Before the road can be reopened, authorities need to confirm that the avalanche release was successful – a tricky task at night or during a blizzard!

Automatic detection systems can help detect avalanches and evaluate the success of an artificial release, even when visibility is low. Such a system also tracks all naturally released avalanches, thus providing valuable information about snow stability and avalanche activity in the area. As part of a multi-year project supervised by Wyssen Avalanche Control, a comprehensive avalanche detection system consisting of radar and infrasound technology has been established. Geopraevent provided the radar part for this project with three avalanche radar stations of totally four radars units. Close to Rogers Pass summit, we installed the first radar prior to winter 2018/19  for monitoring of the steep east faces of Mount McDonald and Avalanche Crest. The radar detects avalanches at a distance of up to 3.5 km – regardless of avalanche size or weather. 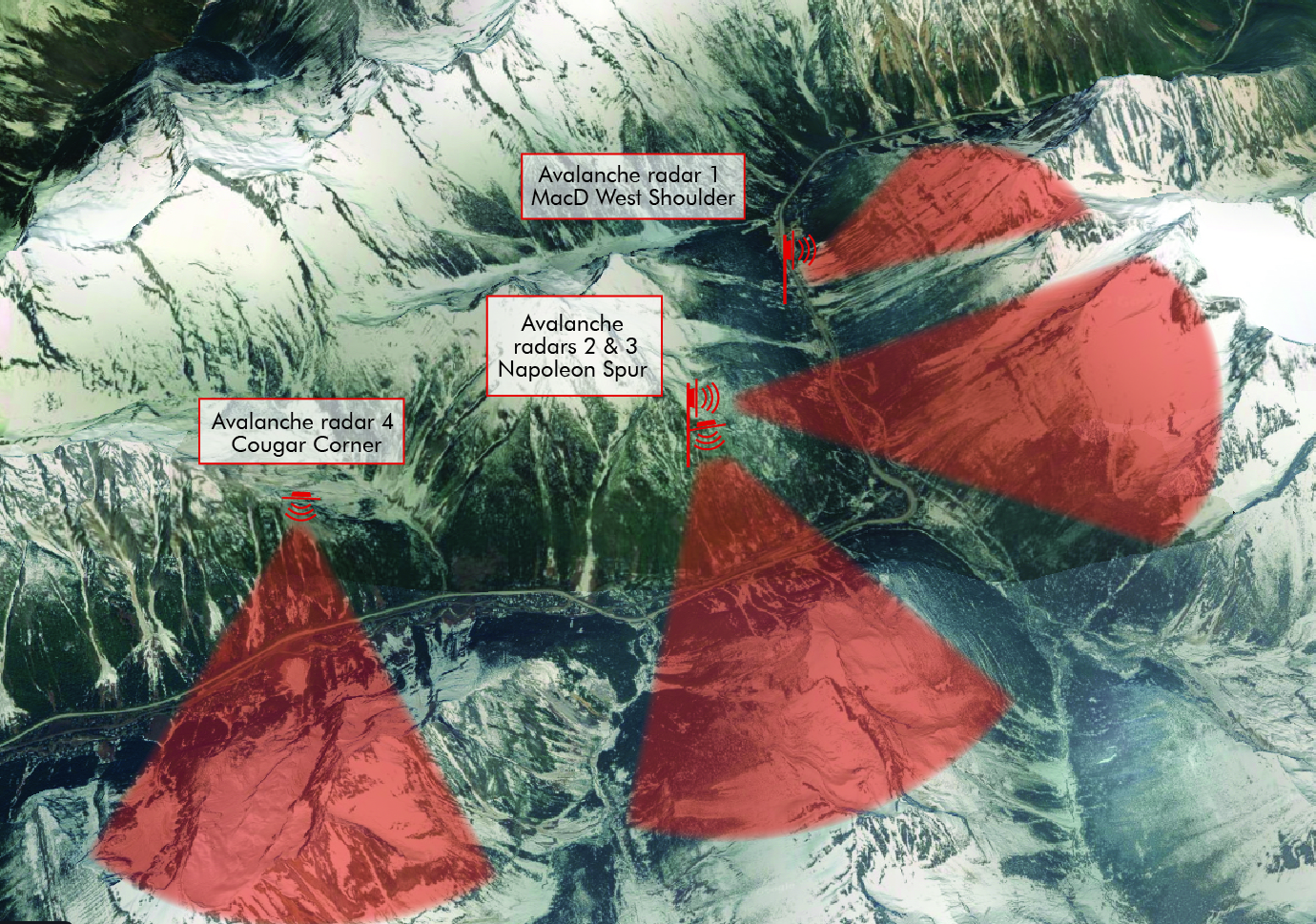 In late 2019, we installed a further two stations with three radars in total. The station named Napoleon Spur combines two avalanche radars facing different directions. By merging the stations, we were able to use synergies in station design, e.g. in power supply and data transmission. The third station at Cougar Corner monitor the opposite slope of Mt. Green and Ross peak.

All stations include an avalanche radar, autonomous power supply, communication devices, a camera and a control cabinet. The camera immediately acquires time-lapse images, while the radar tracks the avalanche until it comes to a halt or disappears from view.  The mapped avalanche track and important avalanche characteristics such as avalanche velocity and duration, are immediately visible on our online data portal. To see when and where avalanches were released, authorized users can easily access the portal from their PC, tablet or smartphone. In addition, the avalanche detection system instantly alerts selected individuals by text message of the avalanche release.

Thanks to this system, employees of the Avalanche Control Program can continuously monitor avalanche activity and the results of their mitigation work – regardless of the weather or time of day. And when visibility is good, the system cameras provide imagery that can be analysed and archived. 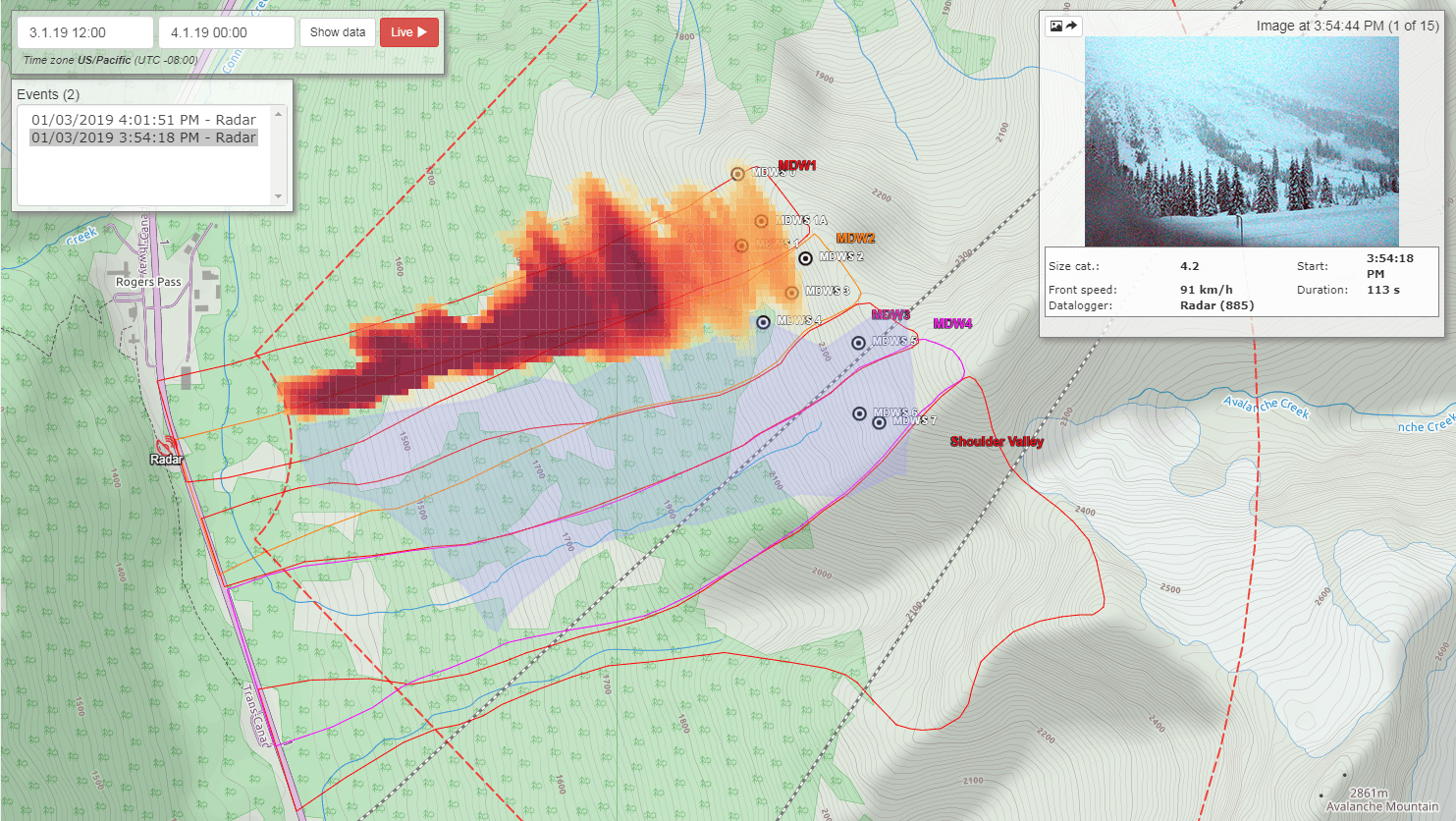 To ensure that the avalanche detection system is always ready for operation, we have designed it to be particularly energy efficient and autonomous, running on a combination of solar panels and a fuel cell. 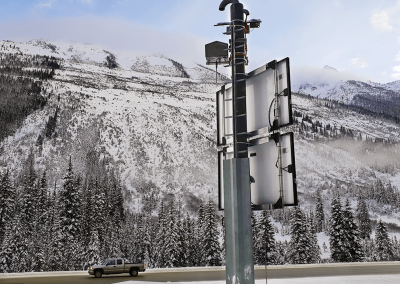 The first station is located at the road side just before Rogers Pass summit. 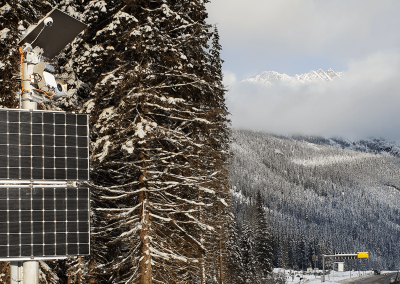 The first avalanche radar system is installed below the summit of Rogers Pass and monitors the avalanche chutes across the valley at a distance of up to 3.5 km. 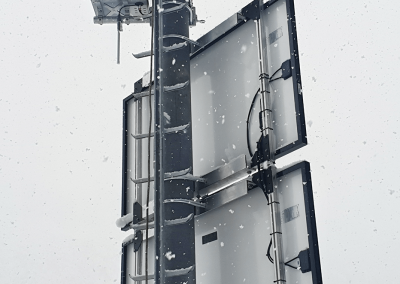 The avalanche radar can reliably detect avalanches regardless of visibility and weather conditions. 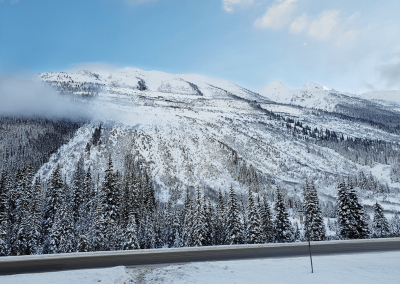 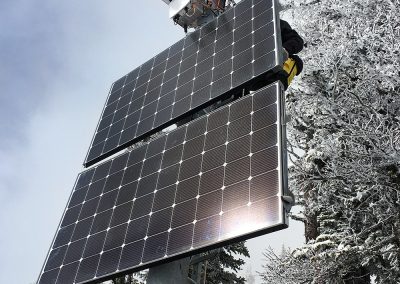 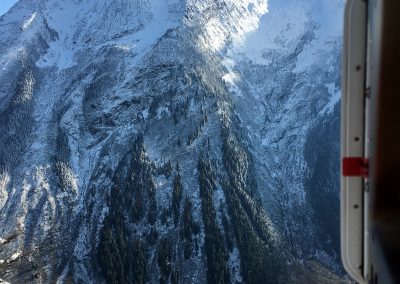 Radar view of the Cougar Corner Station on opposite avalanche slopes.

In Glacier National Park, the Trans-Canada Highway runs through one of the snowiest places on Earth.