In April 2013, snow melt and precipitation activated extensive terrain movements in the Parghera valley in the vicinity of Domat-Ems, in the Canton of Grisons. On April 19 authorities were forced to close the cantonal road and establish an emergency bridge across the torrent. The close proximity to the tracks of the Rhaetian Railway as well as the A13 highway increased the need to take action.

Within a period of a month Geopraevent installed several gauge radars and webcams in order to monitor the landslide, registering multiple mud- and debris-flow surges. Additionally, a weather station provides current and local data on temperature and precipitation. In order to assess the amount of debris still prone to slide, interferometric radar measurements were carried out in June 2013 and several more webcams were installed in the course of the summer months. In the hastily enlarged sediment trap, material was constantly accumulating. The sediment needs to be liquefied in order to be washed downstream or deposited in the surrounding area.

The extensive surveillance systems allows authorities to carry out these tasks as efficiently as possible, while always being up to date on registered movements and ensuring the safety of the traffic routes. Different positions along the torrent, close to the roads and sediment traps can be watched day and night from any computer or smart phone. Whenever critical stage thresholds are surpassed, warnings are automatically issued by SMS (Swisscom eAlarm). 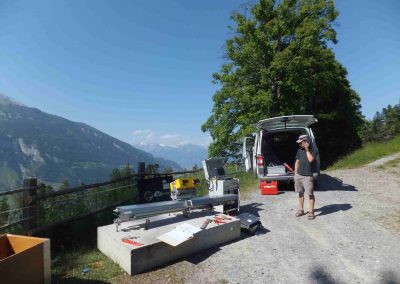 Setup of the interferometric radar. 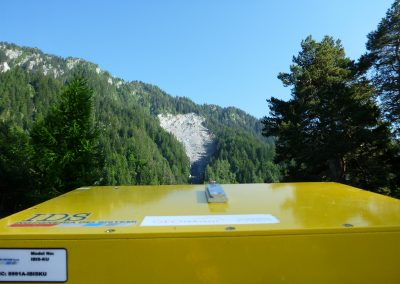 View from the interferometric radar on the landslide. 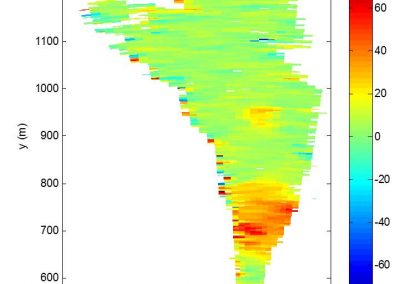 Radar measurement at Val Parghera: parts of the slide were moving at 8cm/hour. 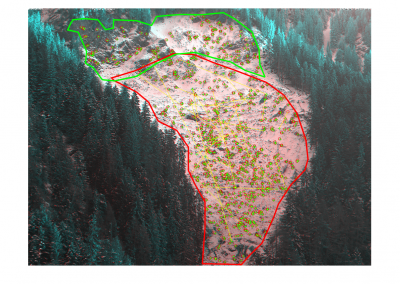 Measurements at Val Parghera: for long term monitoring, the speed of the landslide is analyzed using camera images. Velocities between 20cm and 2m per day were registered. 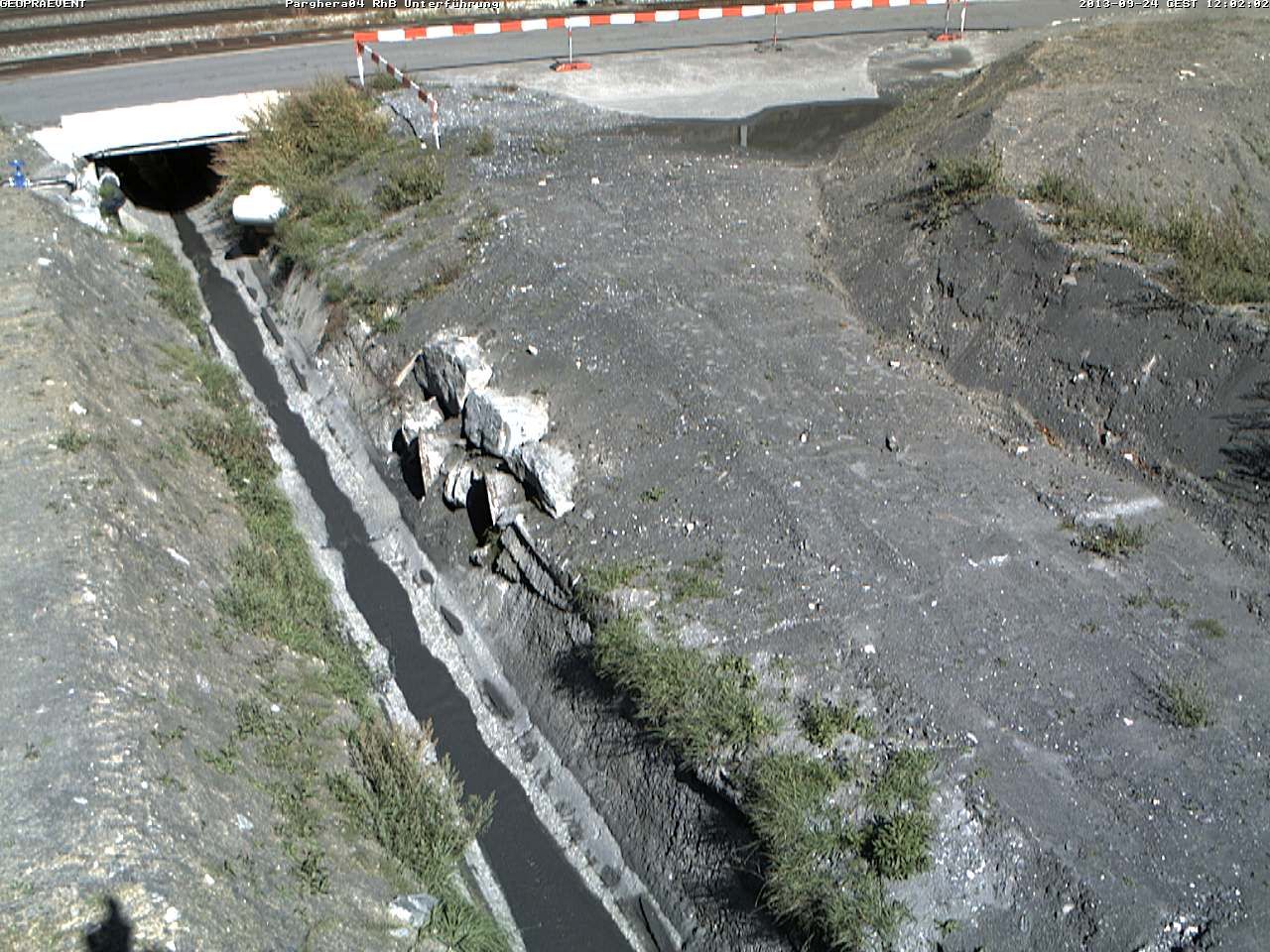