Thawing permafrost was held responsible for several rock fall events that initiated in the north face of the Ritzlihorn (3263 m asl) in the Bernese Oberland in 2009. Up until 2011, large debris flows followed every summer after those events, depositing several 100’000 m³ of debris in the Aare River, causing significant aggradation. The debris flows have eroded a deep channel into the landscape and repeatedly threaten the road acting as only access to the local village as well as a major mountain pass named Grimsel. The main transit gas pipeline connecting Northern Europe and Italy was even relocated to the opposite side of the valley due to the debris flow hazard.

Geopraevent installed a comprehensive monitoring system for road security including automatic road closure and local authority alert. Additionally, all data is continuously recorded in order to improve the understanding of the physical processes causing the debris flows. The monitoring system consists of the following components:

The different measurement devices converge into one system that is itself linked to the a set of alert equipment. In case a critical threshold is exceeded, the system detects an event and triggers an alarm. The alarm sets off different alert mechanisms, such as automatic road closure by means of traffic lights, alarm lights and horns as well as text messages to local authorities. A detailed illustration of the system is provided in this article by NZZ am Sonntag (description in German).

The monitoring system is very user friendly. It is a perfect tool to increase the road safety as well as to analyse and document events easily. 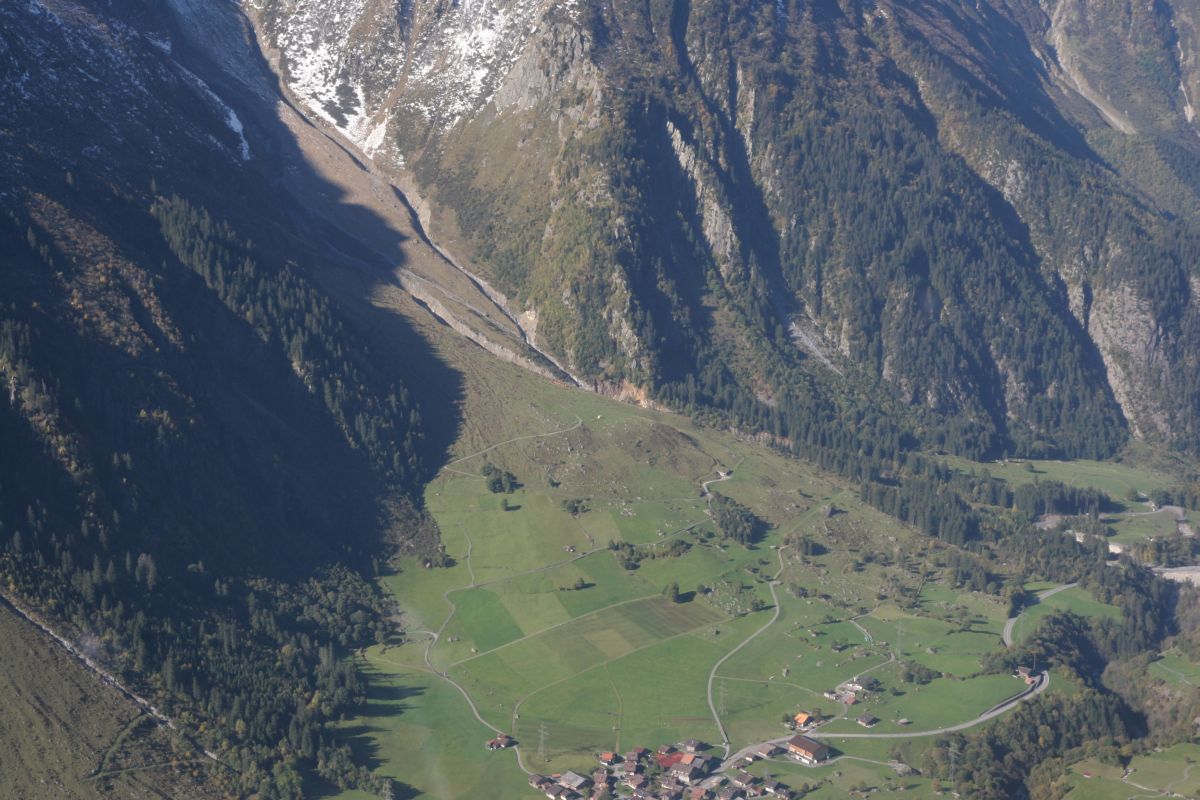 Aerial vies of Spreitgraben with the village of Guttannen. 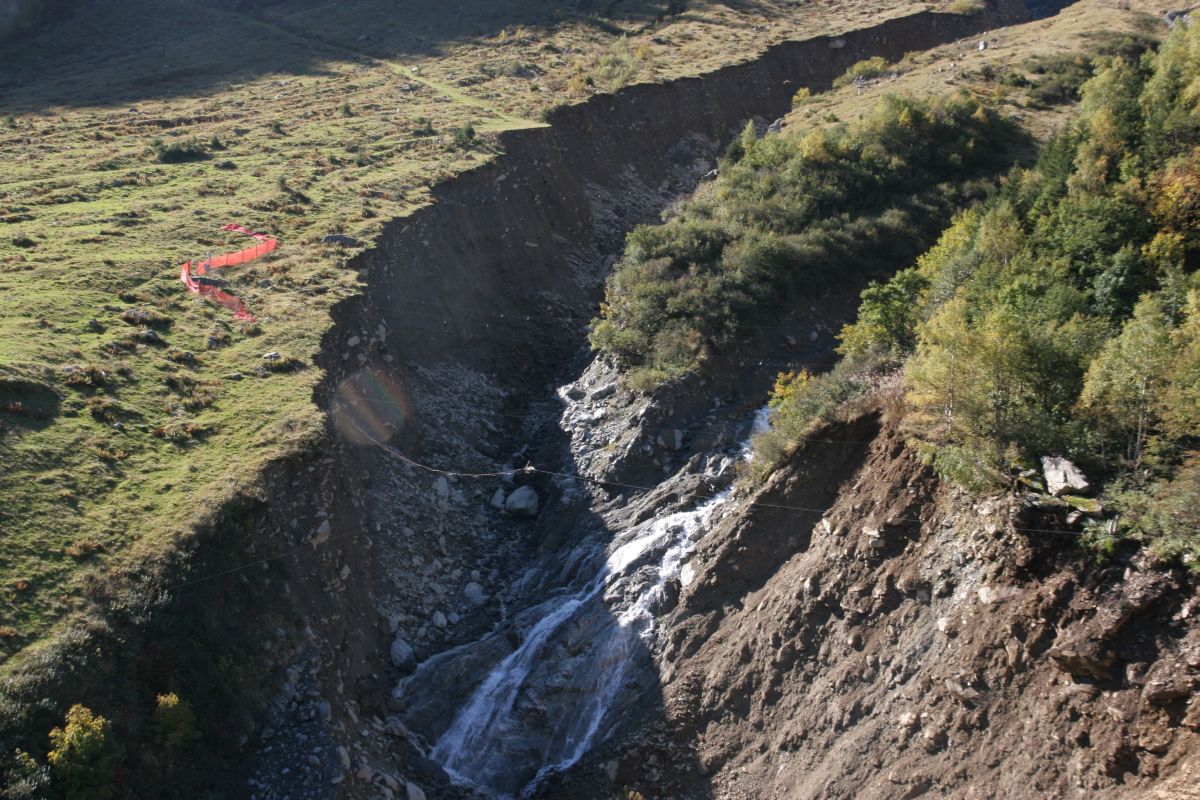 The channel is approximately 50 m wide and 30 m deep. 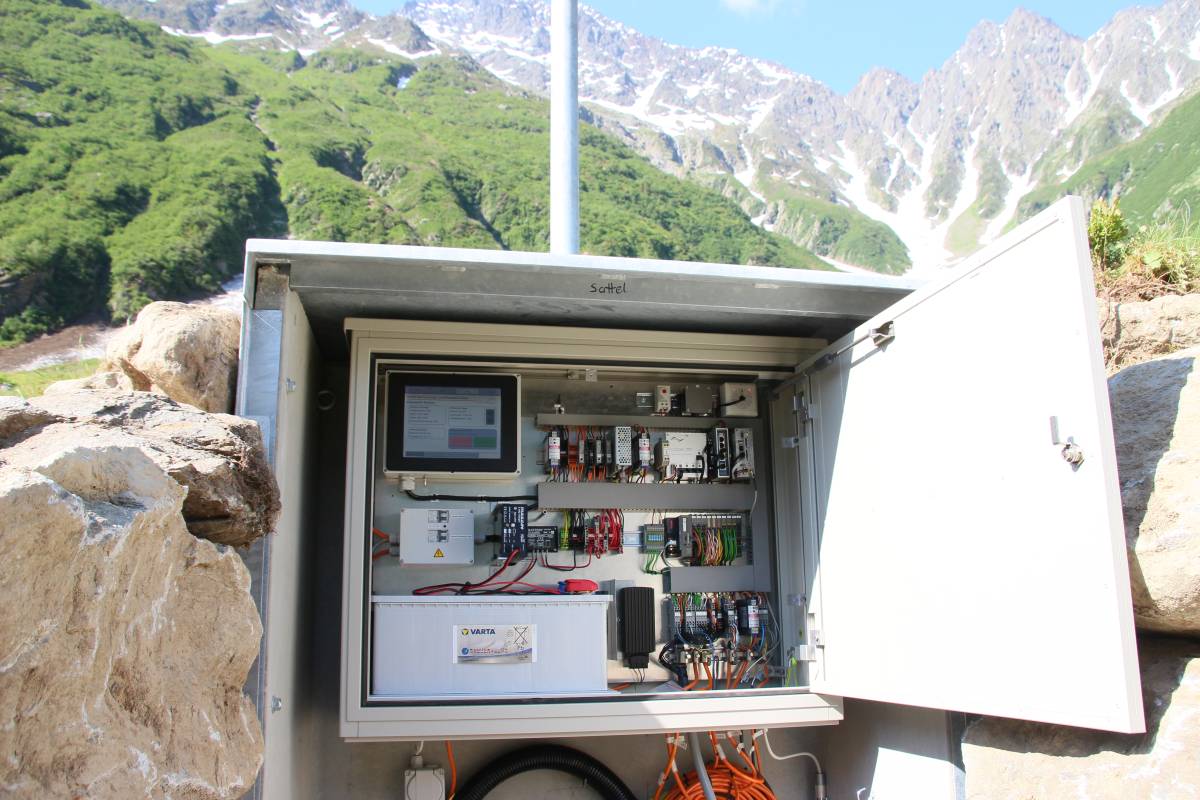 The system consists of several sub systems combining event detection and alerting control. Located at different sites within the terrain, the sub systems and are redundantly connected through radio. 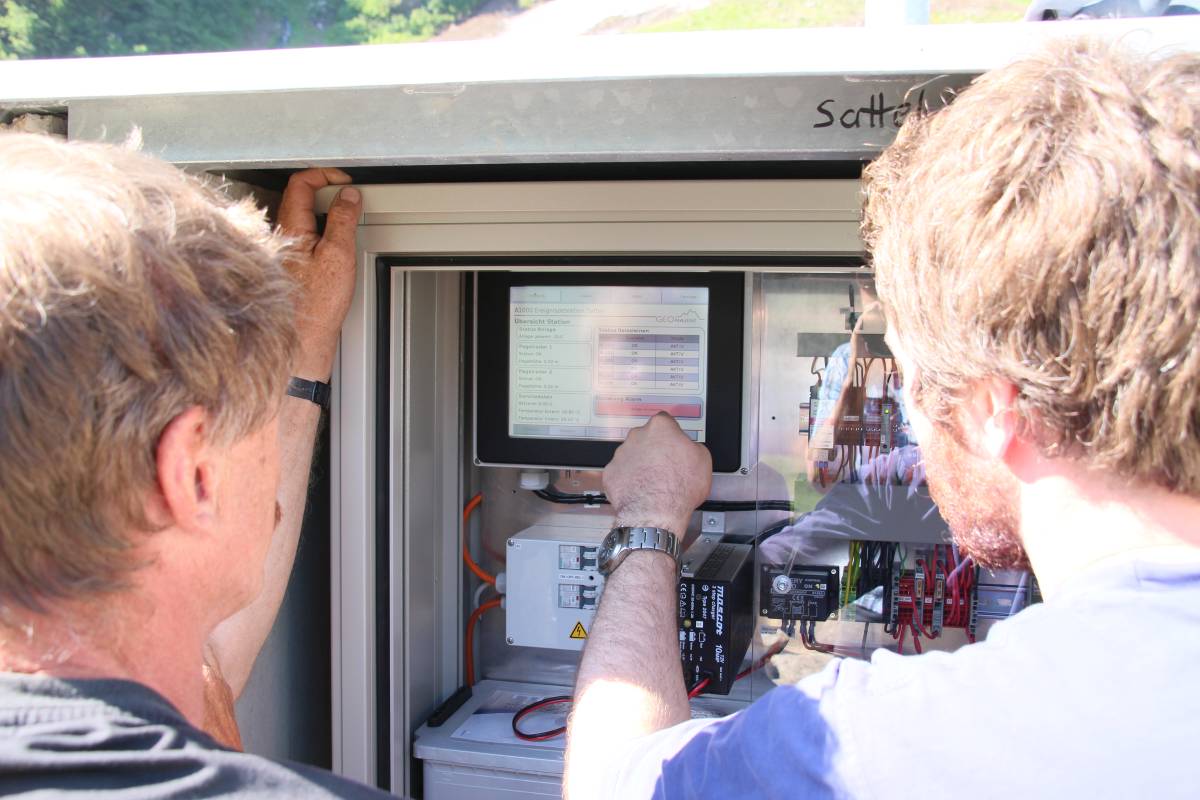 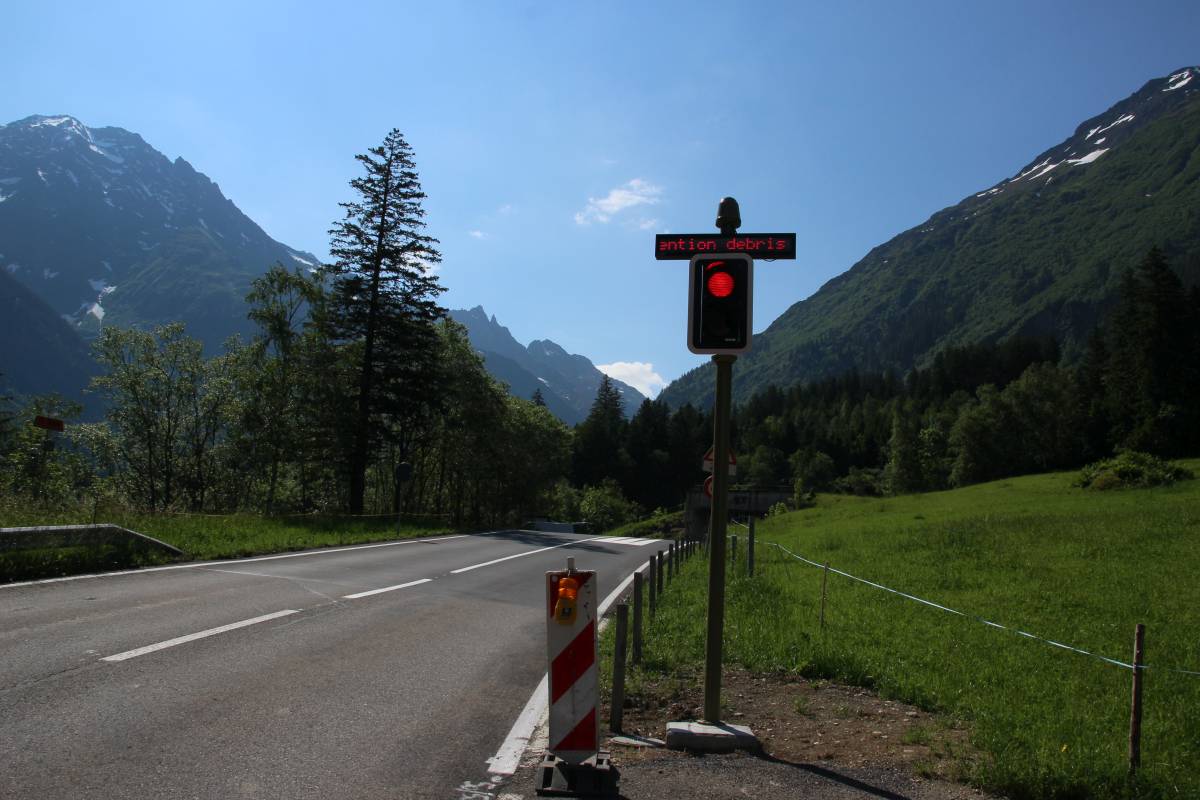 Several traffic light automatically close the road in case of an event. 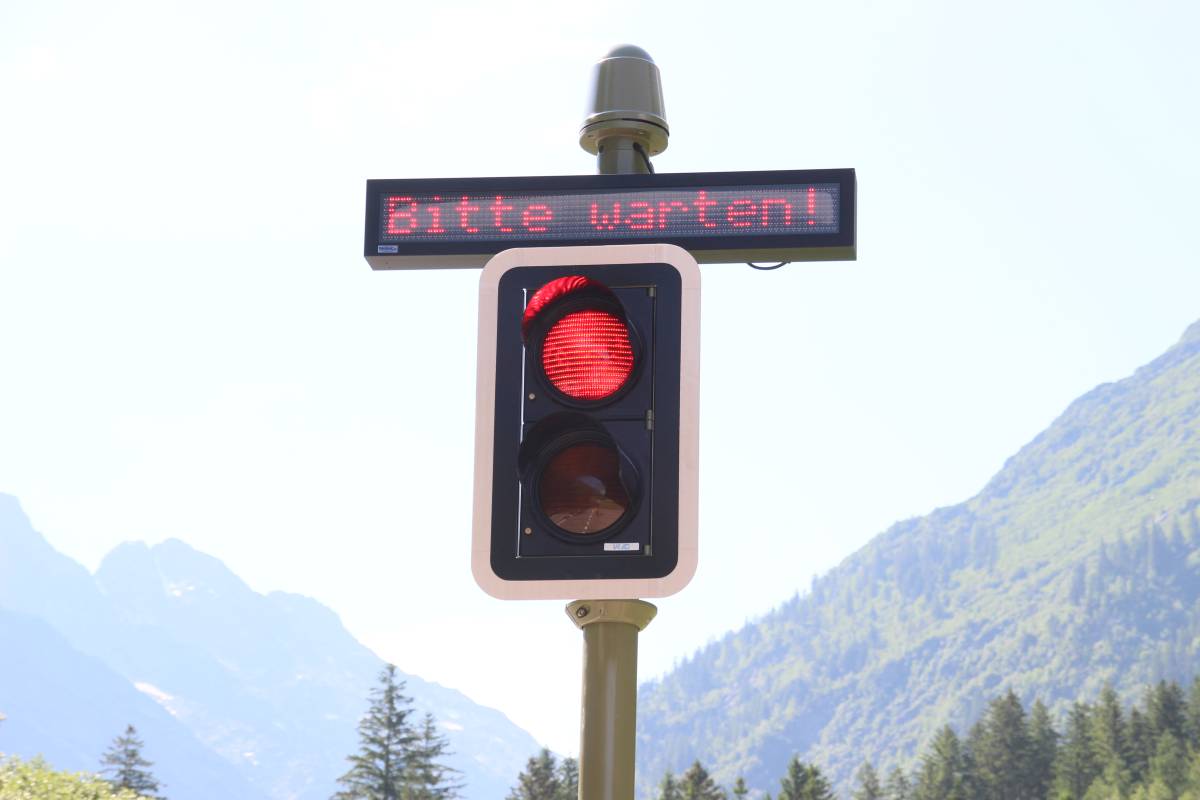 Further information on the closure reason is displayed for the waiting motorists. 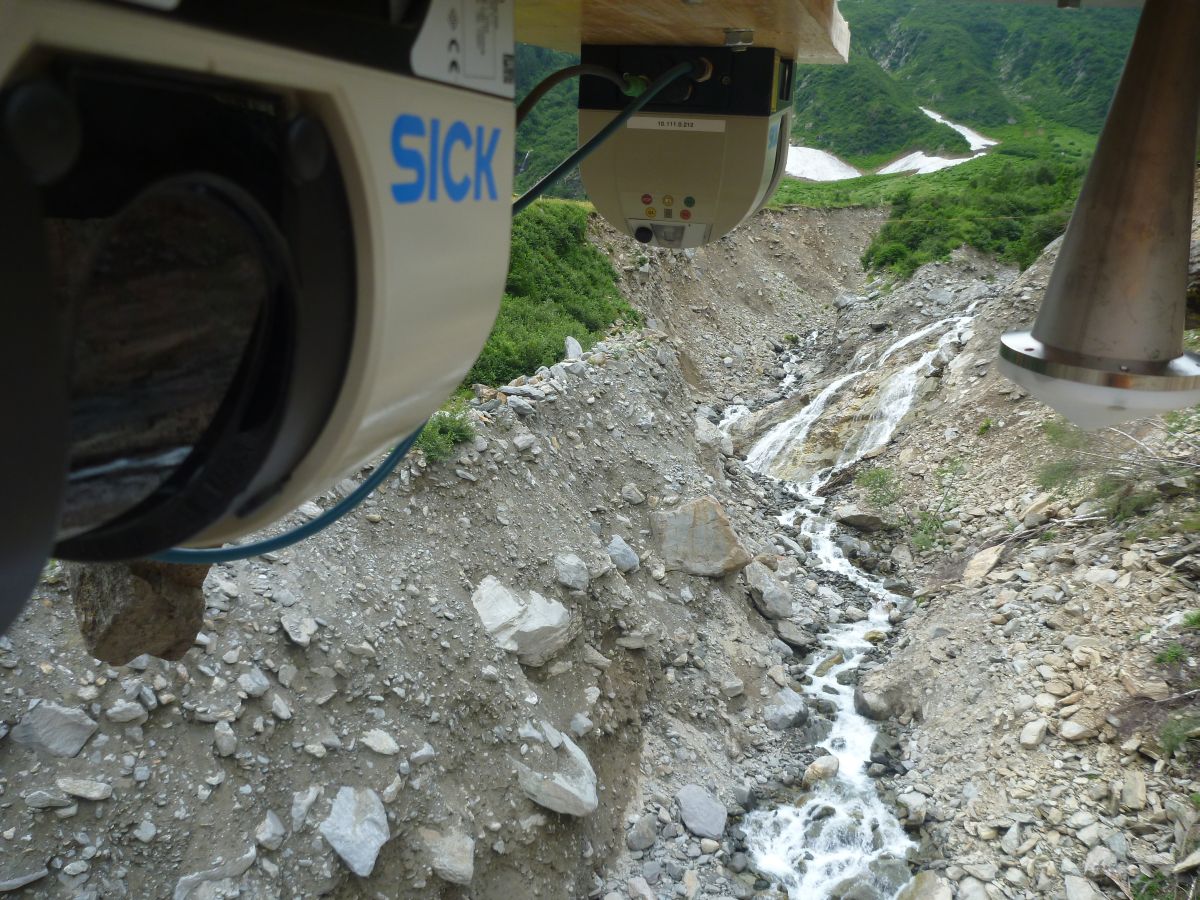 The scanners permanently measure changes in the channel profile.

Two profile laser scanners and a webcam are mounted directly above the channel. 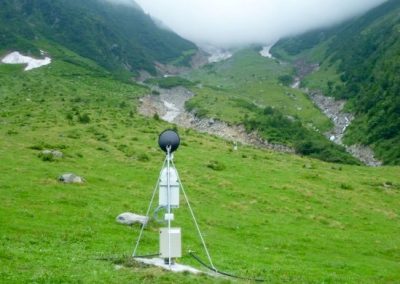 Radar measurements are used to detect movements in the rupture zone of the debris flow. 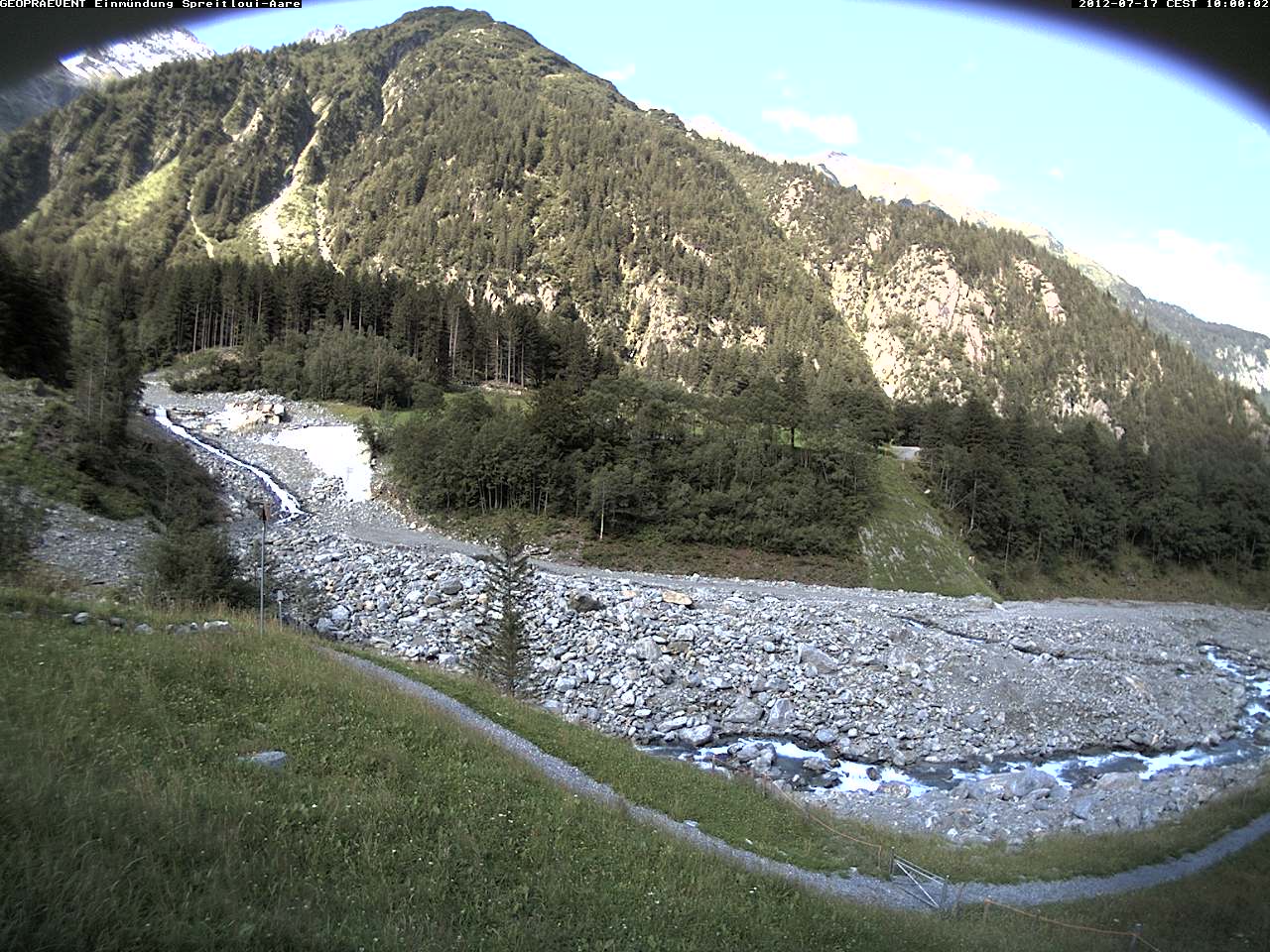 Webcam image: Confluence of the Spreitgraben and the Aare River. The significant aggradation is well visible. 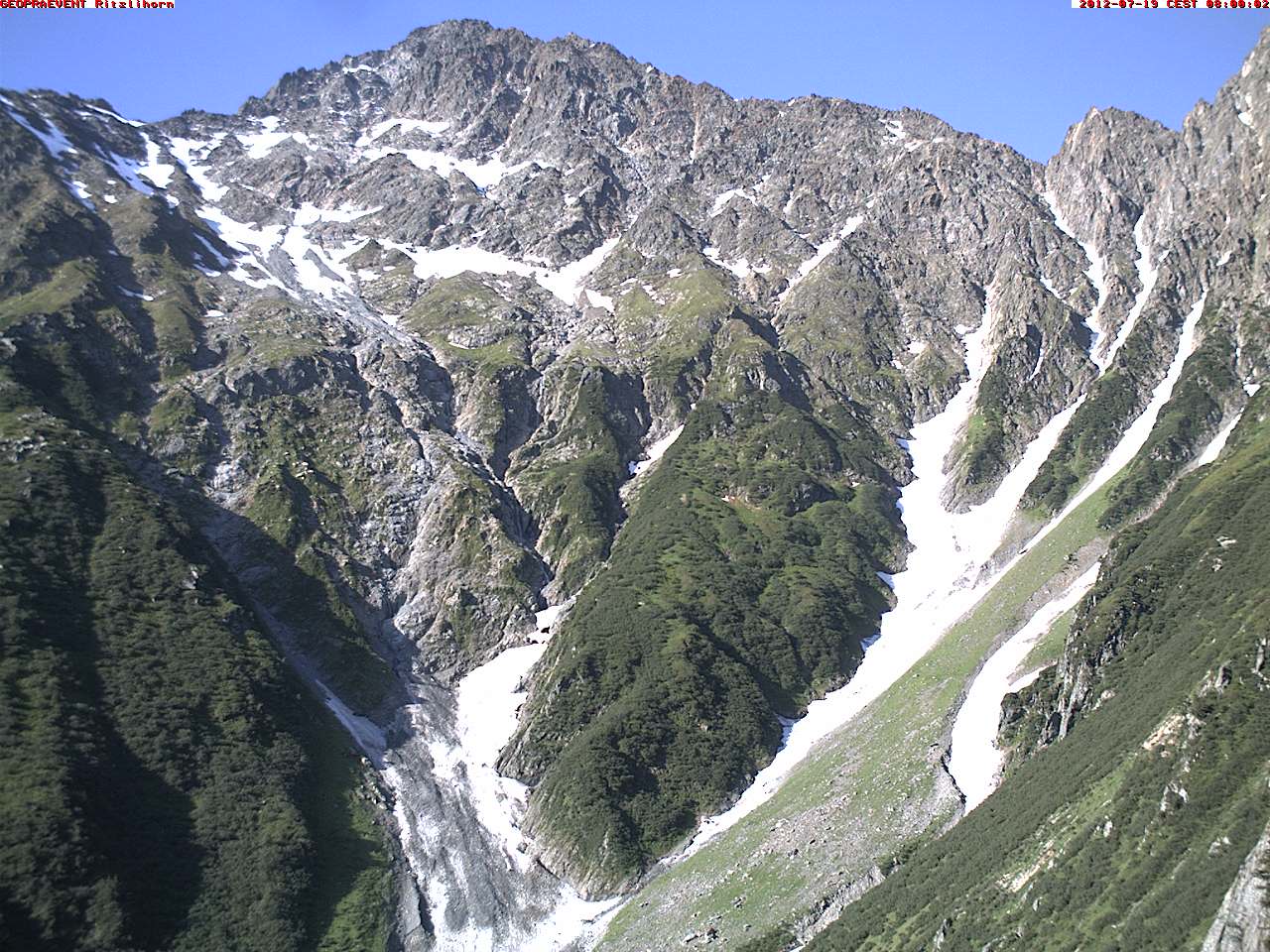 Webcam image of the Ritzlihorn with the rock fall debris deposits and the Spreitgraben rupture zone. 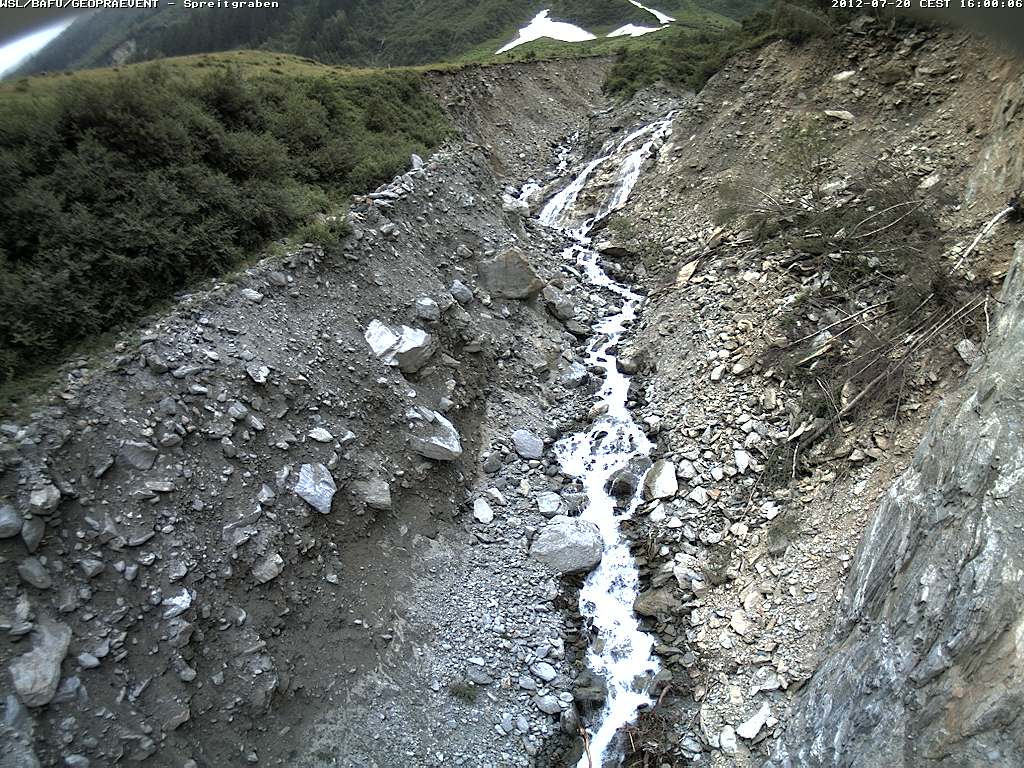 Webcam image from the camera sitting directly above the channel. 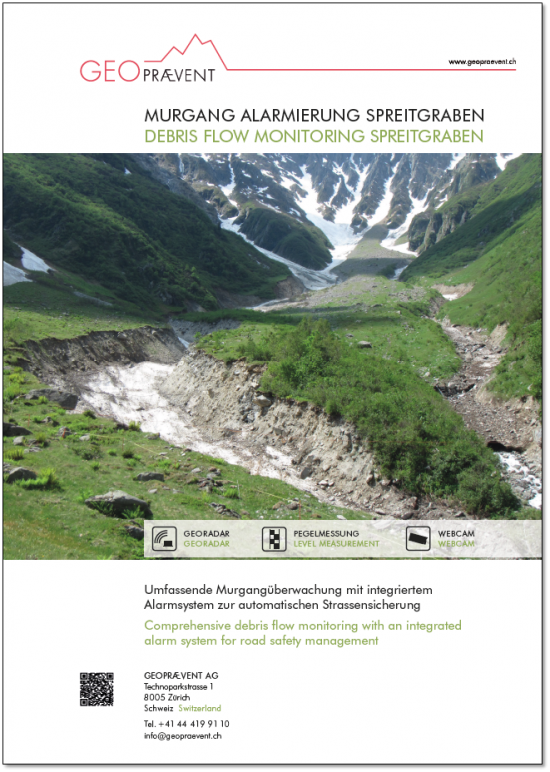