Since September 2019, a tailor-made rockfall alarm system from GEOPREVENT has been monitoring the “Gumpisch” section of Axenstrasse and automatically closes the road in the event of an incident. The Gumpisch valley is a gully between Sisikon and Flüelen in Central Switzerland. The channel extends from the Lake of Uri 1000 m uphill and is prone to rockfall and debris flows. After a 47-day closure due to a rockfall event in summer 2019, the road was reopened on September 13, 2019, thanks to the alarm system we developed and installed in just a few weeks time.

Since then, several debris flow and rockfall events have occurred; the alarm system correctly detected all events and closed the  road sectionsat risk immediately. The two rockfall radars in the upper Gumpisch valley frequently detect movement but most of these detections do not trigger a road closure and if the road is automatically reopened after a few minutes. To trigger a closure,  the radar detection must be confirmed by system-integrated seismic sensors. In this way, we avoid false alarms caused by animals or trees moving in the wind. In addition, most of the moving boulders stop above the road and thus never reach the road. Combi-sensors mounted in the protection barriers above the road detect whether the boulder has reached the vicinity of the road. If this is not the case, the system automatically reopens the road after two minutes.

Since the system was put into operation, only about 10% of the detected events have closed the road, and for less than 2% in total, the closure lasted longer than a few minutes.  The longer closures of several hours or days were events that reached the road and required on-site assessment of geologists.

Further information and photos of the innovative system can be found here. 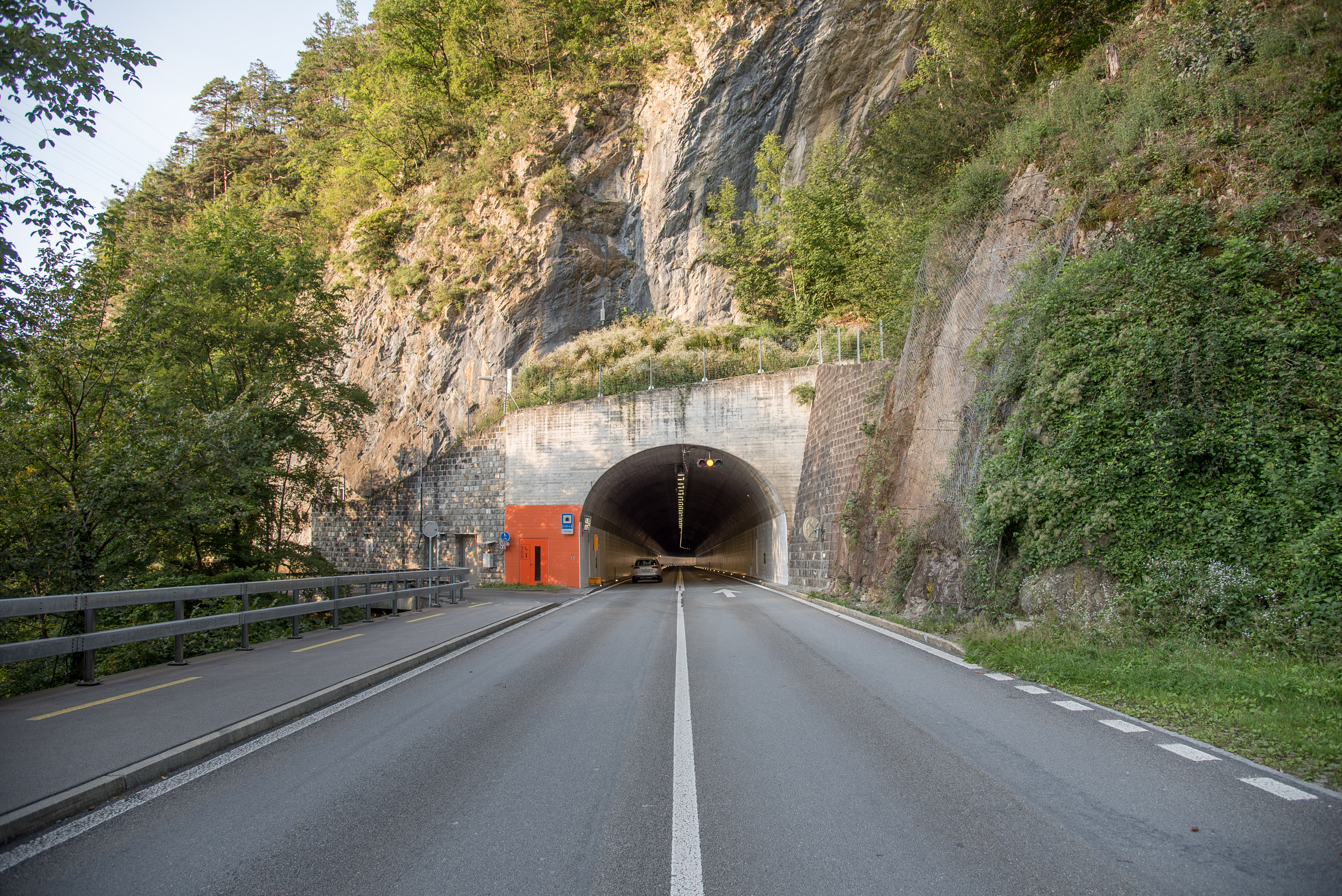