On the afternoon of January 18, 2017 an avalanche occurred in the Gran Sasso mountains close to Rigopiano, province of Pescara in southern Italy’s Abruzzo region. The avalanche hit the hotel Rigopiano with 40 people inside. Shortly after, rescuers were on site to search for the missing people. Difficult weather conditions with snow and rain fall as well as dense fog complicated the rescue operation. In addition, potential follow-up avalanches endangered the people on site. The team of Prof. Nicola Casagli from the University of Florence, on behalf of the Italian Civil Protection, called Geopraevent on Friday morning, January 20 to install an avalanche alarm system to alert rescue workers in case of a follow-up avalanche.

28 hours after receiving the call, Geopraevent was on site. The best radar position was determined by the team in Switzerland using a digital terrain model. Coordinates were sent to Geopraevent experts on site that guided them to the ideal radar position. The avalanche radar, a webcam, an alarm horn as well as the power supply with a fuel cell were installed on Saturday evening about 150m above the hotel Rigopiano.

The radar was monitoring the avalanche release area in a distance of 1400 to 1900m. In case of an avalanche, the radar would have triggered an alarm on site with a sound as well as a light signal. In order to make sure that the alarm process works, test alarms were triggered and the evacuation of more than 150 rescue workers was trained daily. The evacuation needed to be completed within less than one minute. According to simulations by SLF Davos this was the estimated time a big avalanche needs to reach the site from the release zone.

The alarm system was permanently monitored from the rescue operation headquarters in Penne by the team of Prof. Casagli and two Geopraevent experts. In case of system failures or avalanche alerts the team would have been notified automatically by SMS to react immediately.

After the completion of the rescue operation the alarm system was removed on January 28, 2017 and brought back to Switzerland. The avalanche in Rigopiano caused 29 casualties, 11 people survived. More than 1000 people were involved in the rescue operation lasting for 10 days. 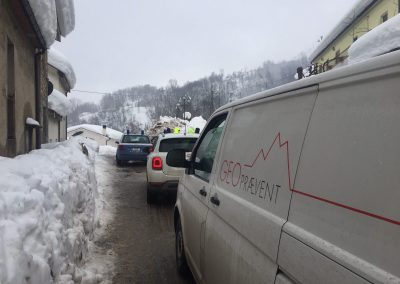 Trip to the hotel Rigopiano. 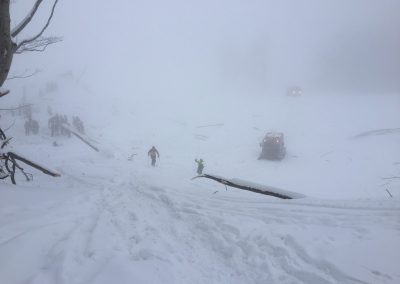 Transport to the radar location above the hotel. 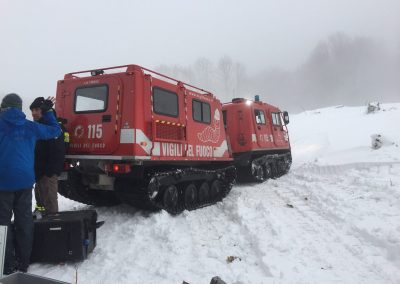 The transportation was done by snowcats. 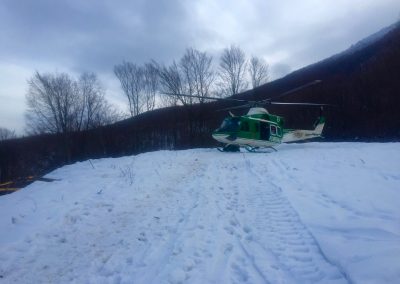 Part of the equipment was brought in by helicopter from Penne. 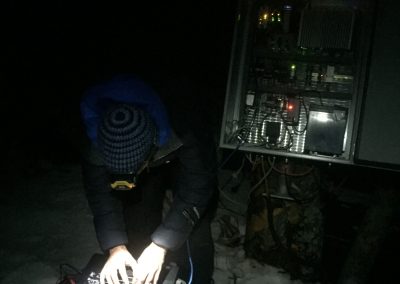 Doing the final configuration of the avalanche radar. 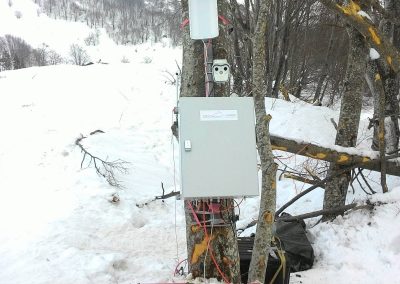 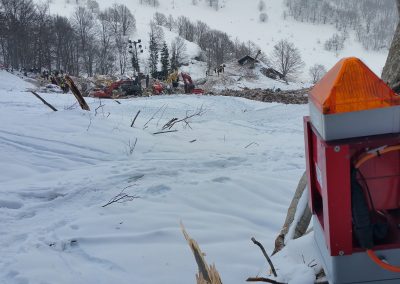 The alarm horn and signal was installed close to the rescue workers. 2 “operators” were constantly monitoring the horn in order to not miss the signal/sound. 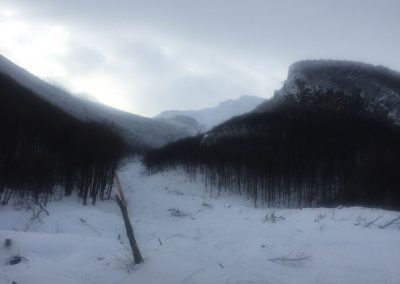 View from the radar monitoring the avalanche area. 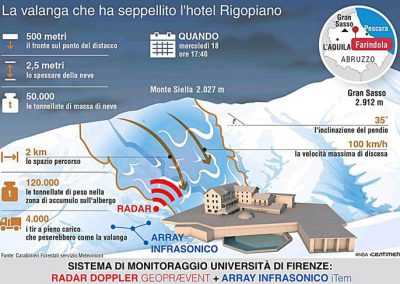 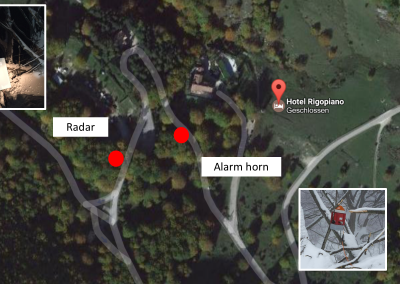 Overview of the avalanche alarm system with radar and horn (foto: Google). 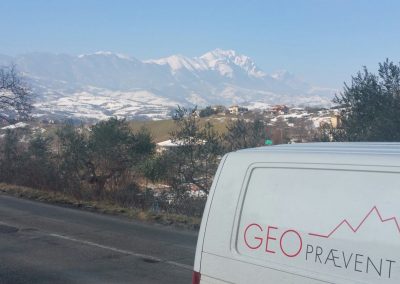 In the background the Gran Sasso mountain is visible where the avalanche occurred.