The Col du Pourtalet, located at 1794 m a.s.l., connects the French department of Pyrénées-Atlantiques and the Spanish province of Huesca. On the Spanish side, Formigal and Panticosa form an important interregional tourist area. The Formigal ski area is one of the largest ski areas in the Pyrenees and can only be reached via road D934 from France. In winter, the road is prone to avalanches and occasionally requires preventative closures on its last section before the top of the pass.

Snow sheds and protection forests keep the road safe from rockfalls and avalanches for four of eight avalanche paths. The remaining avalanche paths regularly endanger the road and pose difficult tasks for those responsible. An avalanche radar will support the team in assessing avalanche activity in the individual avalanche tracks and verify artificially triggered avalanches. In fall 2020, a first O’BellX blasting system was installed in the Peyrelue couloir, L’Ourade Sud to trigger avalanches.

We installed an AVYX® avalanche radar on the opposite slope of the avalanche tracks, exposed on the Moustardés ridge. Since end of December 2020, the system has been monitoring six of the eight avalanche paths above the D934 pass road at a distance of up to 3.2 km. The AVYX Avalanche Radar allows automatic detection of spontaneous or artificially triggered avalanches over a large area, regardless of the weather conditions and time of day. A high-resolution camera regularly captures images and generates event series of the detected avalanche. All data is transmitted via GSM to our servers and can be accessed in the online data portal by authorised users at any time via tablet, smartphone or computer.

The autonomous AVYX avalanche radar system in front of the avalanche tracks to be monitored above the D934.

In the first winter, the radar detected 8 natural avalanches. System connection to several traffic lights is planned for the second winter for automatic closure of the road in the event of spontaneous avalanches.

Illustration of an avalanche event in the online Geopraevent data portal with event photos and avalanche characteristics.

The avalanche radar station is located at an exposed spot on the opposite slope. 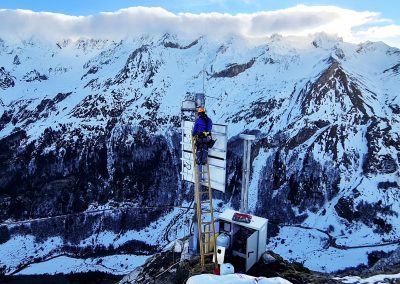 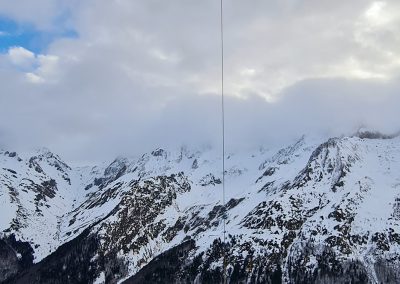 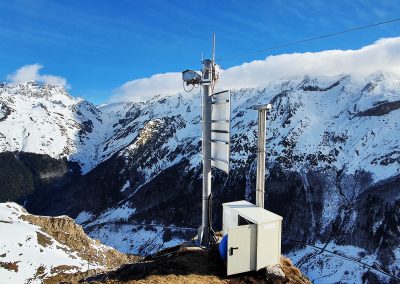 The avalanche radar enables wide-area coverage of the opposite avalanche slopes with a single device. 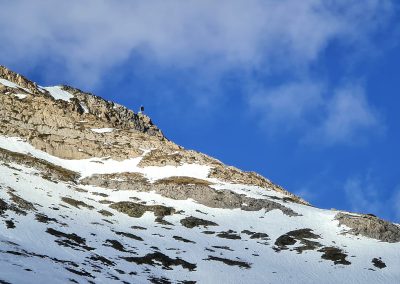 View from road D934 up to the avalanche radar system. 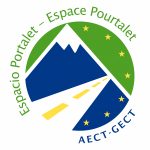