The 23 km long Zulg river drains a total of 89 km² of the Swiss Prealps near the municipality of Steffisburg in the canton of Bern. In the Zulg catchment, heavy local precipitation is not uncommon, leading to a fast reaction of the water level downstream. In 2012, a flood brought large amounts of driftwood into the Steffisburg area, presenting an additional threat. Local authorities asked Geopraevent to design an alarm system specific to the requirements at the Zulg river.

As soon as the pre-defined water level is surpassed, the system automatically sends prioritized SMS and voice calls to the Steffisburg fire and police departments, as well as the nearby Belp fire department. The early alerting makes it possible for authorities to take protective measures early on and prevent damage to property and infrastructure.

The danger of flooding along the Zulg river is well-known. Heavy thunderstorms and precipitation can cause the water level to rise rapidly. In some cases, the sun can still be shining in Steffisburg, and people along the river my not be aware of the danger at all. Not even the warning signs mounted along the river can prevent this. For many years, we relied on local observers in the upper areas of the catchment to sound the alarm. With the increased frequency and magnitude of such events, the municipality of Steffisburg decided to support the local observers with these modern technologies.
Guido Sohm 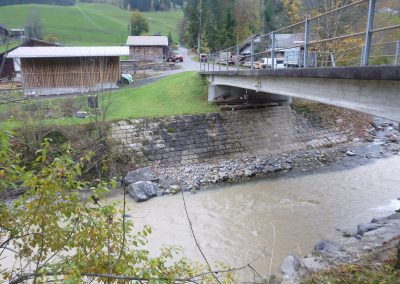 A radar gauge continuously measures the water level of the Zulg river. 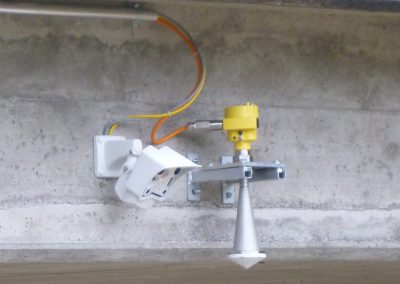 Next to the radar gauge, a webcam provides valuable images. 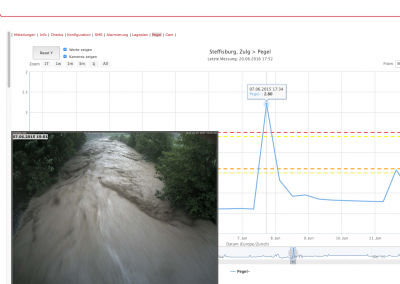 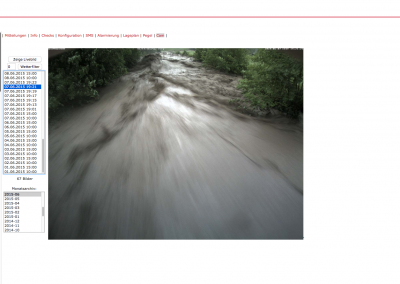 Of course, the webcam images can also be viewed separately.