The glacial lake Faverge on Plaine Morte glacier in the Swiss Alps drained again. On 27 July 2018, 12 PM, our monitoring system detected a drop in the lake level, which had continuously risen to 17 m over the previous two months. The critical level difference was exceeded at 1 PM and triggered an alarm at local authorities in the municipality of Lenk and the Canton of Berne. Faverge lake drains through Trüebbach river where we operate the Trüebbach river level station. The river level rose within a short time by more than 2 m and exceeded the alarm threshold at 4 PM. The large amount of water caused flooding in the Simme, into which the Trüebbach flows, and floodedsome Lenk’s municipal area in places. The water overflowed the banks in several areas, dragged small bridges down and undermined riverbanks.

No one was injured or in danger at any time. In the afternoon of 27 July 2018, the local fire brigade evacuated 110 people from a campsite and restaurant in the area at risk as a precautionary measure. The people were able to return at noon the following day (News articles in German: Jungfrau-Zeitung, NZZ, Schweizer Fernsehen SRF). 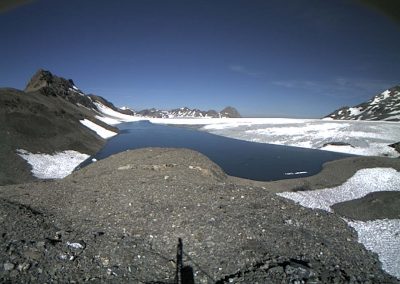 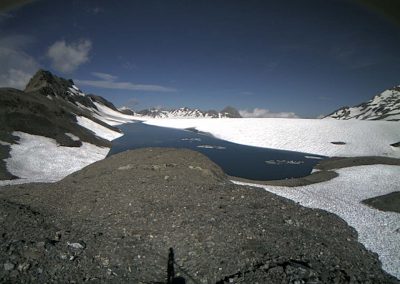 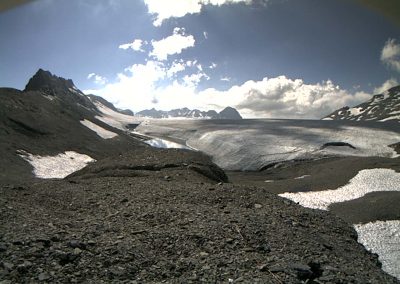 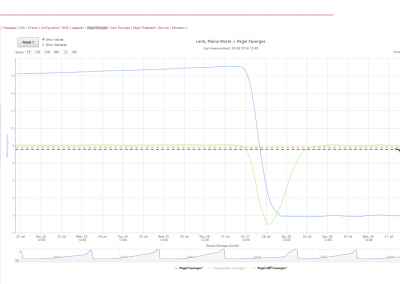 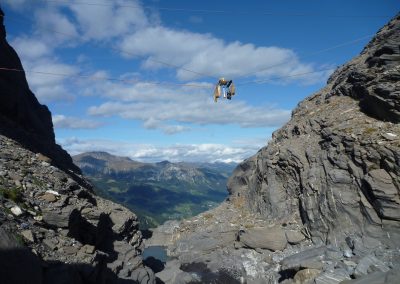 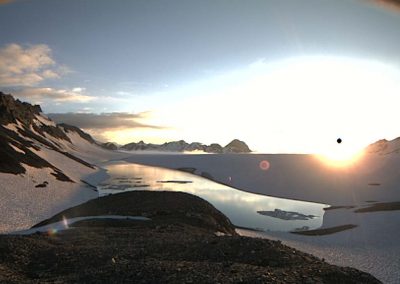 Faverge lake drained in two days almost completely as our measurement values and webcam images show. During this period, Trüebbach and Simme flooded and flow rates were very high, unlike in previous years. Morte glacier is a plateau glacier located in the Bernese Alps above the village of Lenk. Every summer, several glacial lakes form on and at the edge of the glacier. They usually drain through unknown passages in the glacial ice towards the end of July/beginning of August. This can take minutes or days and frequently leads to floods and occasional flood waves.

Geopraevent has been operating a glacial lake monitoring system with webcam, level measurement and automatic alarm since 2012. All images and measurement data can be accessed by authorized users via the Geopraevent online data portal at any time. The data helps local and cantonal representatives for natural hazards to assess the situation and implement appropriate measures.