The region “Val d’Anniviers” is a well-known tourist destination in the Swiss Alps. In many winters, heavy snowfall leads to large avalanches in the valley. In January 2018, the village of Zinal was even evacuated due to the high risk of avalanches (reports by nau.ch and the Aargauer Zeitung in German). Large amounts of snow on the steep slopes below Garda Bordons (3,309 m.a.s.l.) endanger parts of the ski area, the cross-country skiing track in the valley and the residential area of the municipality of Zinal. Avalanche control is carried out on the northern side of the Garda Bordons with a permanently installed system. However, verification of the triggered avalanches is diffcult particularly during periods of poor weather conditions, e.g. fog and snowfall.

In December 2019, we installed an AVYX® avalanche radar for weather independent avalanche detection on the opposite side of the slope. The avalanche radar automatically detects spontaneous and triggered avalanches at a distance of up to 3 km in any visibility condition (e.g. day/night, fog, snowfall, rain). Upon event detection, the radar system tracks the avalanche and the integrated webcam generates a series of event images. The Geoprevent online data portal compiles all associated system and avalanche data: avalanche events are visualised on a map, including intensity, events images and avalanche characteristics. The data portal further offers camera live views and remote control to quickly gain an overview of the situation on site and to additionally verify avalanche events visually.

Visualisation in the online data portal: avalanche event list of the above mentioned period (left) with radar measurements of the avalanche on the map (red, colour scale represents intensity) and according event images (above right).

Prior to avalanche control, it is important to make sure the run-out zone is free of people. In order to assist the safety officers, we added a PERYX® people radar for automatic people detection independet of visibility conditions. The people radar monitors the plain for moving people on the cross-country tracks as well as skiers on the descent down to the village. People tracks are shown on a map and provide the safety officers with important information for their risk assessment. 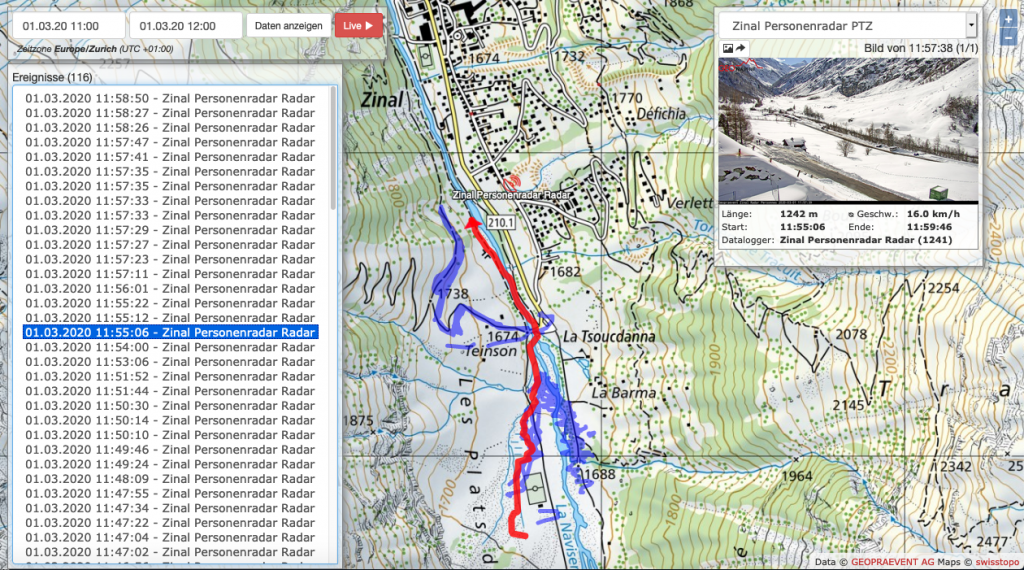 People radar visualisation in the online data portal: events list of a selected time period (left) with according tracks (blue) on the map and event images (above right).

The fully automated monitoring system allows the ski resort operator to carry out avalanche control in all weather conditions as well as in the dark, while minimising the risk for people. Avalanche control prevents the accumulation of large amounts of snow and thus the likelihood of very large avalanche events reaching residential areas. A total of 182 avalanche events have been detected since commissioning the avalanche radar in winter 2019/20.

Spontaneous large slab avalanche on the northeastern slope of Garda Bordons (March 3, 2020). The avalanche was probably triggered by a cornice collapse. The powder cloud advanced to the valley bottom and close to the tourist infrastructure. No damage occurred and nobody was at risk at any time. 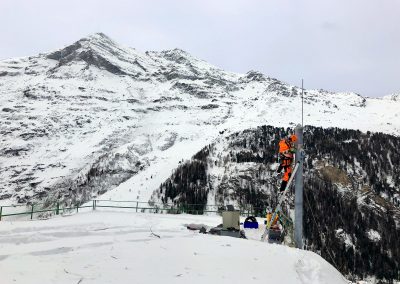 Avalanche radar installation by Geoprevent with the Garda Bordons slopes to be monitored in the background. 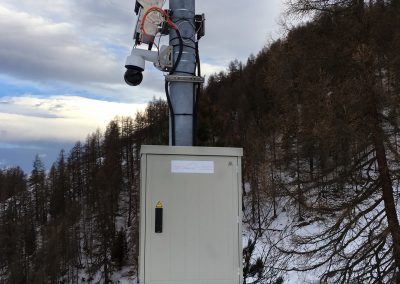 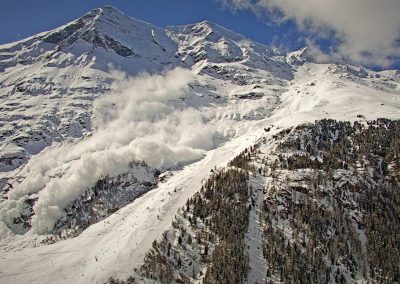 Avalanche below Garda Bordons on March 7, 2020, at midday. The slope to the village is located between avalanche and protection forest. 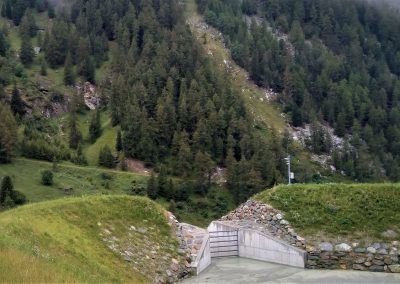 The people radar is permanently installed but does not operate during the summer months. At the beginning of the winter season, we activate both again, avalanche and people radar. 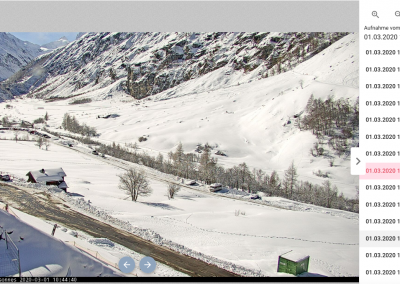