The ridge avalanche at Belalp (Valais, Switzerland) has a 4 km wide starting zone with an altitude difference between start and deposition areas of up to 1600 m. The infamous avalanche can assume extreme dimensions and pose a threat to the main road and individual buildings of the village named Blatten. In the 1999 avalanche winter, the ridge avalanche destroyed 30 buildings and covered the main road over 10 metres high (P. Schwitter & L. Stoffel, ISSW 2009). It was only thanks to timely, large-scale evacuations that no people were injured. Avalanche protection at Belalp has since seen permanent improvement. After several attempts with control structures in the starting area to prevent a major avalanche, the local avalanche warning service now focuses primarily on artificial triggering of avalanches. Good results were achieved with avalanche control by helicopter – but only in good weather. To trigger avalanches in a controlled manner even during a bad weather spell, several permanent Gazex systems were installed. This enables the avalanche safety team to work at safe distance and in any weather. But how to verify the avalanche in fog, snow or in the dark?

In December 2018/19, we installed an automatic monitoring system at Belalp including an avalanche radar and a people radar. The avalanche radar monitors the entire avalanche starting zone (marked red below) of the ridge avalanche at a distance of up to 3.5 km. It detects spontaneous and artificially triggered avalanches at any time and in all visibility conditions. Radar works day and night, whether fog, storm or snowfall! The avalanche radar detects moving snow masses and tracks them until they stop or leave the radar’s field-of-view.

The avalanche radar has been monitoring the red-coloured area around the clock since December 2018.

The radar also records duration, velocity and size of the avalanche and the system-integrated camera automatically captures event images or videos. Upon detection, the system immediately notifies the responsible persons by SMS and email. All data is transmitted to the Geoprevent online data portal where avalanche maps, event pictures and associated characteristic measured values are displayed. Authorised users can access the information at any time via smartphone, tablet or PC, from the office or the ski slope. 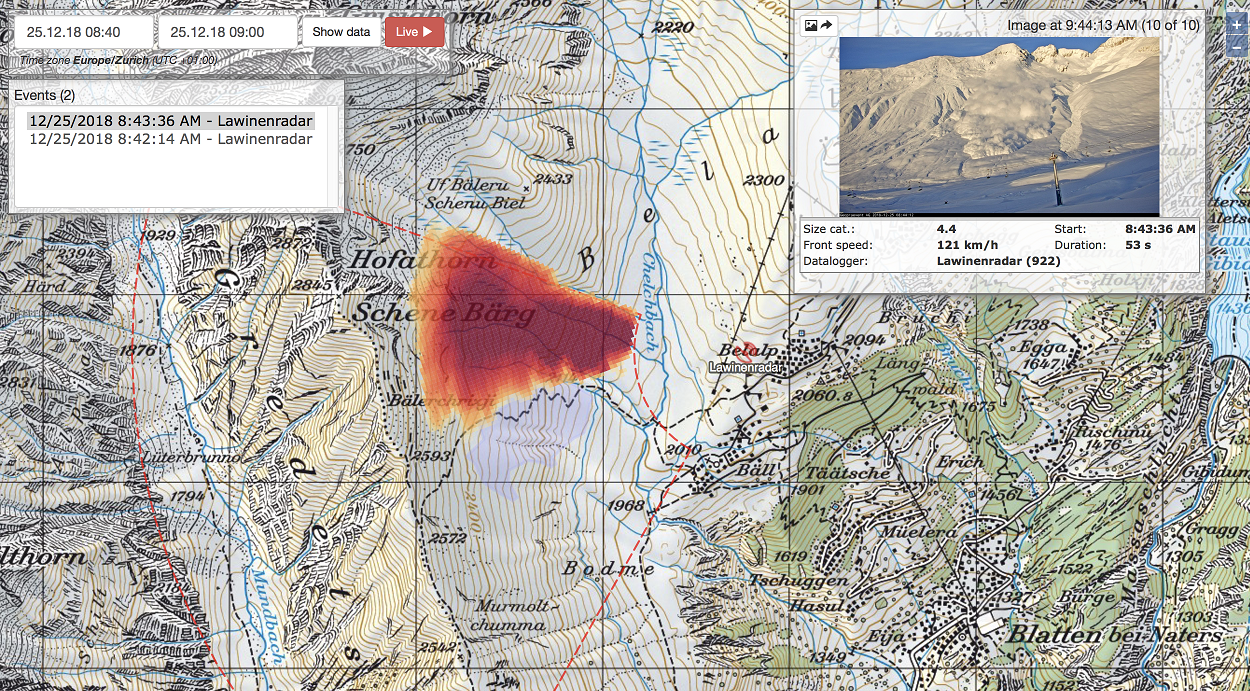 Visualisation in the online data portal: The list of events for the selected period (left), the avalanche detections displayed on the map (middle) and associated event images (right).

The peaks in the starting zone of the ridge avalanche are popular destinations for ski tours and are frequently visited. To ensure that no people are present in the hazard zone prior to avalanche control, we equipped the system additionally with a people radar. This type of radar automatically detects and tracks the movements of people in the monitoring area. The system ignores or filters out any tracks of skiers and snow groomers on the nearby ski slopes of the ski resort. Upon detection of a moving person, the person radar activates an optical as well as a thermal imaging camera to automatically record picture series or videos for visual verification. 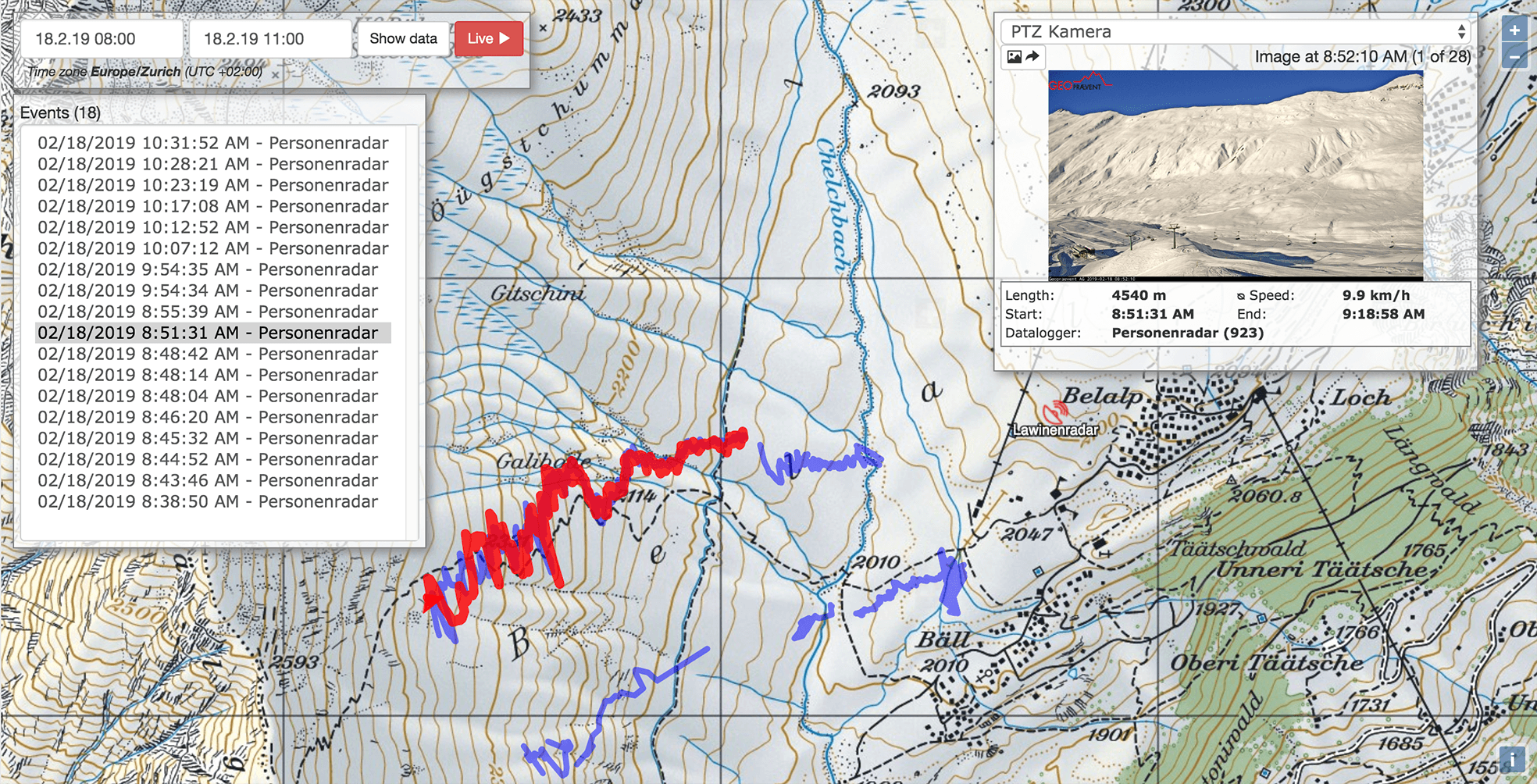 When visibility conditions allow, the detected persons can be identified as small black dots in the terrain; in darkness they the thermal image shows them. All tracks and associated images can be viewed at any time via the online data portal. In this way, the local avalanche safety team always has an overview of whether and where any people are located within the avalanche controlled area.

The avalanche and people radar installed on Belalp in December 2018 convinced us very quickly and made our work much easier. The real-time information and images provide us with the data and information we need before, during and after an avalanche blast, which helps us make the right decisions.

Avalanche radar Belalp in the media

The avalanche radar at Belalp has made several TV appearances lately: The documentary “Avalanches – fate or guilt? – A Long-Term Observation” on the Swiss television reviews the 1999 avalanche winter and illustrates how avalanche protection has developed since (in German). The avalanche radar (from minute 47 onwards) is described as the latest cry in avalanche protection. In addition, Kanal 9/Canal 9 reported in more detail about the new system at Belalp (in German with English subtitles below, click here for the French version, from minute 14 onwards). 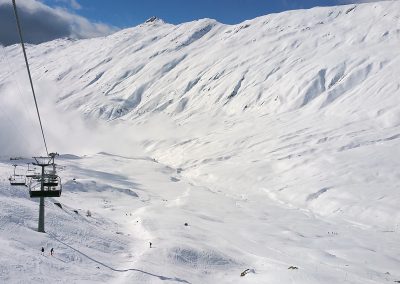 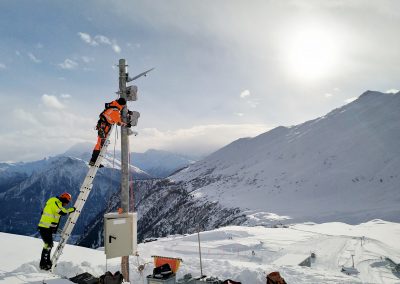 Installation of the avalanche and people radar in the Belalp ski resort. 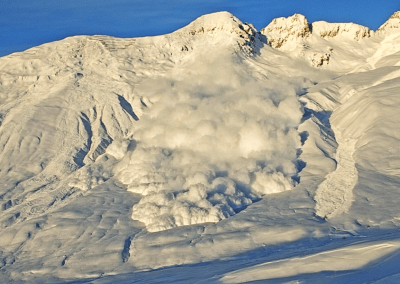 The avalanche radar reliably detects avalanches in any weather and at any time of day.

The avalanche radar detects avalanches independent of weather and time of day. Verification of this avalanche would hardly have been possible without radar.

The people radar detects moving people and records their tracks. Highlighted in red is the ascent of a group of ski tourers. 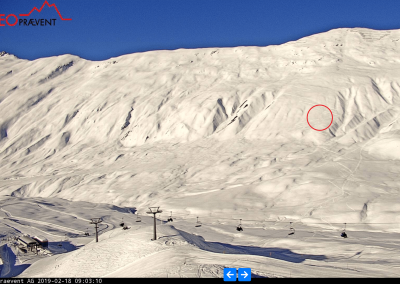 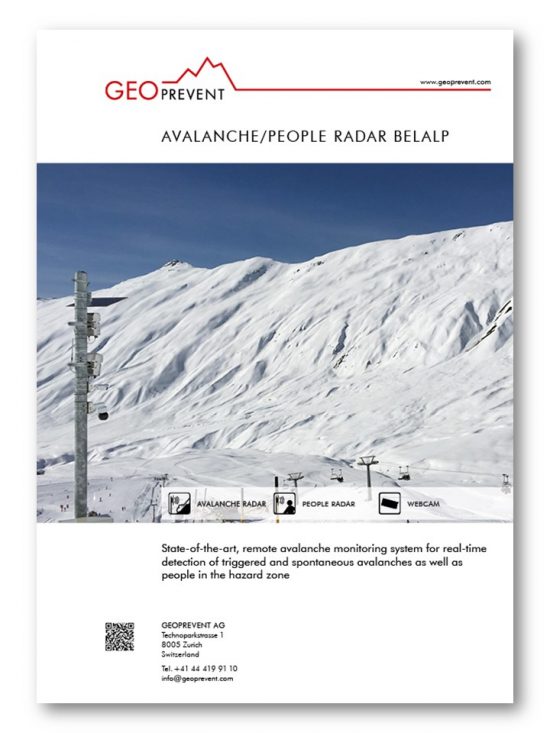